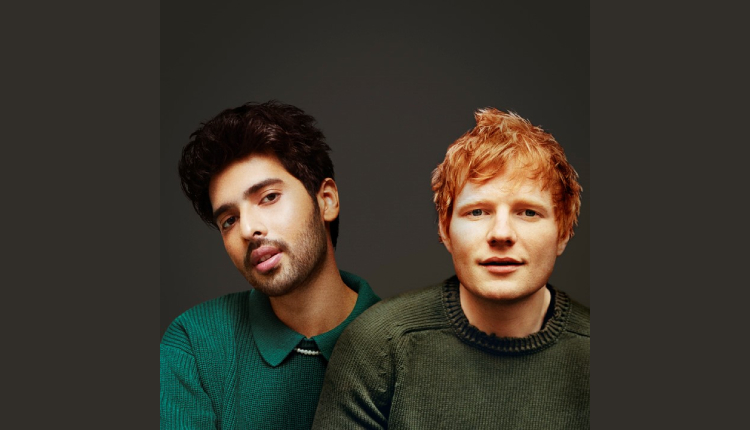 Indian Pop icon Armaan Malik along with Warner Music India today dropped a reprised version of Ed Sheeran’s 2step as part of their second big collaboration. Recently Warner Music India had announced a strategic deal with Armaan Malik for the birth of his native music label Always Music Global. Now the icon has lent his voice to recreate the massively popular Ed Sheeran song 2step, in an attempt to reach out to his millions of fans not just across India but also globally. This marks the two entities second big collaboration and is part of their shared vision to fuel the burgeoning music scene of India, position Indian music on the globe and convey strong messages through the power of music.

Ed Sheeran a Warner Music Groups artiste had launched a conceptual video of 2step featuring Lil Baby earlier this year. The brand-new version of the song which is lifted from his 2021 multi-platinum album was released with Ed, Lil Baby and their crew moving across the city landscape if Kyiv, prior to the violent war. The song was released in support of Ukraine and its people who were putting up a brave front against a much bigger nation in war. Ed had vowed to donate his record royalties from YouTube streams of the video to the DEC’s Ukraine Humanitarian Appeal. Armaan Malik is backing this novel cause with his latest collaboration.

Crowned as Bollywood’s prince of romance, a polyglot and now, the flag bearer of the global I-pop wave – Armaan Malik has an impressive body of work. He has captivated audiences across languages, states and countries through soul-stirring and mellifluous voice. He is one of the first few Indian musicians to have put Indian music on the global map. He recently ventured into the global music scene, and won recognition from the MTV EMA amongst others. He is also the youngest Indian-origin artist to perform at Wembley Stadium’s SSE Arena and listed in the Top 10 acts at the SSE Live Awards 2016.

Armaan’s Malik collaboration with Ed Sheeran on 2step, marks his second international collaboration, who had previously featured in the 2021 song Echo with K-pop star Eric Nam and American music producer KSHMR. Armaan Malik opined “I’m humbled and honoured to be part of this collaboration. My version of his popular song 2steps is about the trials and tribulations of an artist’s life and his journey. Ed Sheeran is one of the most loved singers of recent times and I consider myself one of his ardent fans and admirers. It’s a dream come true for me. 2step was launched with a very noble cause and I take pride now in being a small part of.”

Tantalise Your Taste Buds with Gourmet Creations from b Cafe Pastry