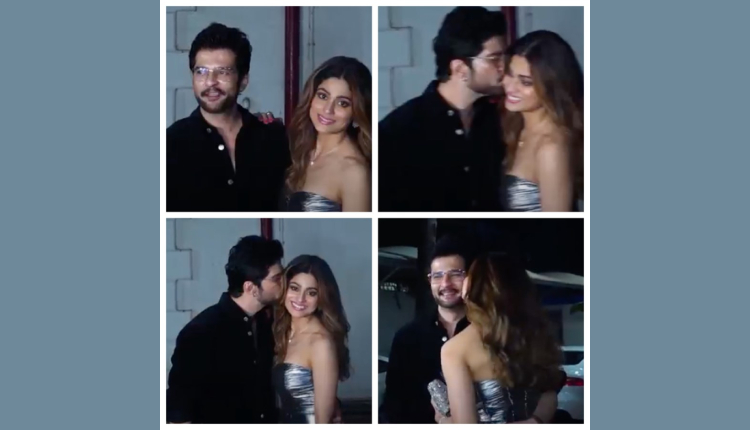 Bigg Boss 15’ Shamita Shetty, who is getting love and appreciation from the audience for her journey on the reality show, celebrated her birthday with boyfriend Raqesh Bapat at Shilpa Shetty’s house and interacted with NewsHelpline.

When asked about the celebration and being out of the Bigg Boss house, Shamita said, “I am so happy that I am finally out of the house. I think I was inside Bigg Boss House for six months. I think this time around my birthday is super special as Raqesh is with me and Shilpa has planned something big, so, it will be a special birthday”

The duo – Shamita and Raqesh – indulged in some PDA and exchanged kisses in Infront of the paparazzi.

Despite being a popular and strong contestant, Shamita Shetty lost the Bigg Boss trophy by a landslide to Tejasswi Prakash.

Talking about the finale and final verdict, Shamita said, “It was shocking for me, but at the end of the day, it is about audience voting and I must respect that. I would like to thank everyone for their love and support, it makes me feel so special. I was being myself on the show and the audience have loved that, it makes me so humble”

Shamita Shetty participated in Bigg Boss OTT and later got herself an entry in Bigg Boss 15. During the OTT show, she met Raqesh and the duo has been dating ever since.