Bollywood icons Kajol, Anil Kapoor and Rohit Shetty motivate and challenge Ajay Devgn for his expedition on ‘Into the Wild with Bear Grylls’ 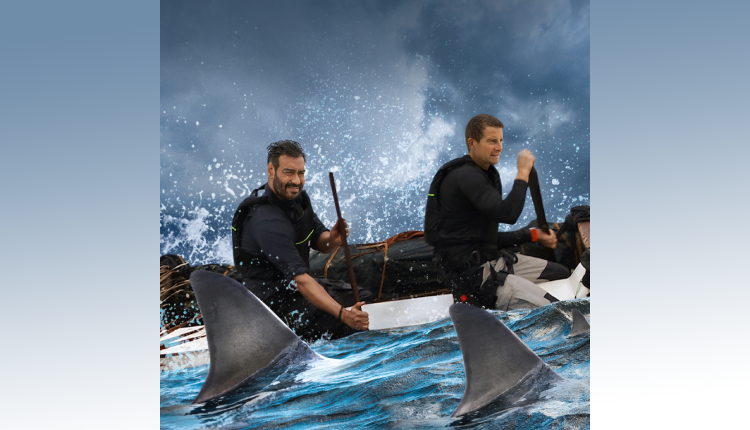 Superstar Ajay Devgn has been making headlines post being roped in for discovery+ survival show, ‘Into the Wild with Bear Grylls’. The actor will be adding his flair to the show alongside world-famous survivalist Bear Grylls, premiering October 22, 2021, exclusively on discovery+. On the special, Ajay’s loved ones have messages for him which are shared by Bear Grylls at various stages of the show. The ones who motivate and wish him luck in the episode include Kajol, Anil Kapoor and Rohit Shetty.

Spilling the beans on unknown facts about Ajay Devgn, Kajol said “Let me start by saying that there are a few secrets that not everybody may know about Ajay. One of them is that he is a fabulous cook. And number two is that he is borderline OCD about touching anything with his fingers. According to him, it’s because he just can’t get the smell out of his fingers. Whatever that means! Anyway, so… My challenge to him is that he has to be made to touch and eat the smelliest, grossest, slimiest thing that you think of Bear and let me see if he lives up to it.”

“Nothing compares to making people laugh at your jokes,” says Faye D’Souza on her stint as a stand-up on One Mic Stand Season 2