BRAD PITT COVERS GQ’S AUGUST ISSUE; TALKS ABOUT THE FUTURE OF HIS CAREER, THE INITIATIVES HE’S TAKEN TO IMPROVE HIS HEALTH, AND LIFELONG FEELINGS OF LONELINESS 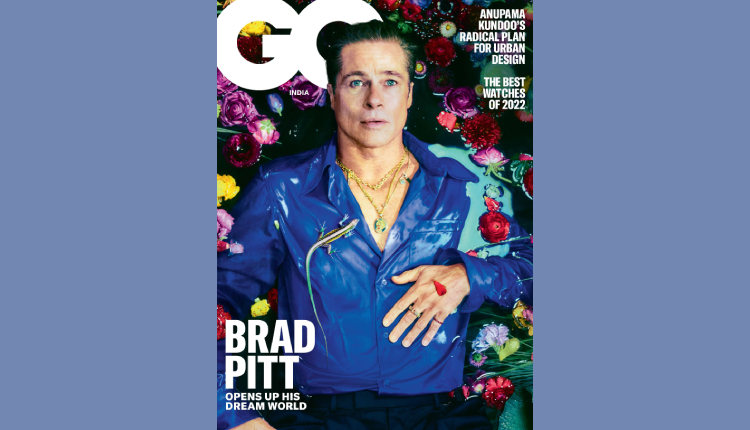 In a new cover story for GQ’s August issue, contributor and author Ottessa Moshfegh meets with actor and producer Brad Pitt at his home in the Hollywood Hills. During their conversations, Pitt is open and honest about the future of his career, the several changes he’s made to improve his health, and his feelings of loneliness. He also discusses his upcoming projects, including the action comedy Bullet Train.

Pitt is known as a legendary leading man, a Hollywood power broker, and maybe the greatest heartthrob of all time. But lately, he’s appeared onscreen a bit more sporadically and focused on his role as a film producer. He tells GQ that he’s trying to think carefully about what’s ahead, and what kind of path he wants to chart for the final stages of an abundantly creative career. 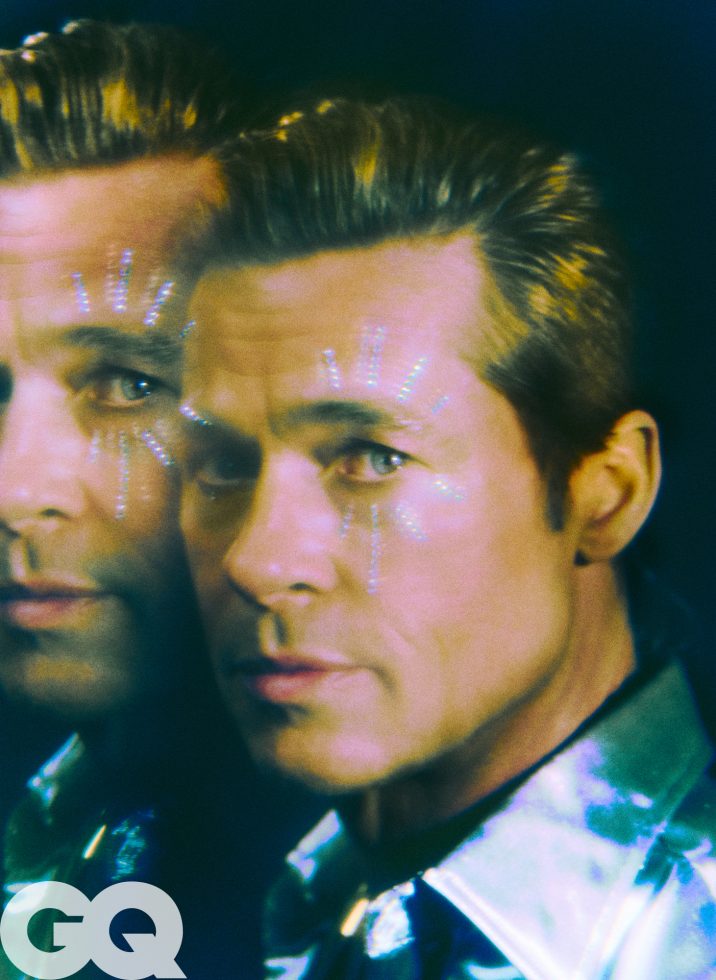 “I consider myself on my last leg, this last semester or trimester,” he says. “What is this section gonna be? And how do I wanna design that?”

Part of that design includes his production company, Plan B Entertainment. This year, Plan B is putting out Women Talking–an adaptation of Miriam Toews’s novel about a group of Mennonite women who unite against their rapists–directed by Sarah Polley.

“It’s as profound a film as anything made this decade,” Pitt remarks.

Like all accomplished actors, his selectivity for what films he will participate in has increased. Yet Pitt is glad to lend his talents to an odd blockbuster when the timing is right, especially when there’s a personal connection. This summer, Pitt will star in Bullet Train, an action comedy thriller directed by David Leitch–who served as Pitt’s stunt double in Fight Club, Troy, and Mr. & Mrs. Smith. Pitt plays Ladybug, an assassin on a train from Tokyo to Kyoto who’s just recovered from a case of burnout, returning to his high-stakes job with a somewhat misguided sense of confidence about his fitness for duty.

“You know, you do a month of therapy, you have one epiphany, and you think you’ve got it all figured out, and you’re never going to be forlorn ever again,” Pitt says of his character. “That was that. I got this, I’m good to go!”

Additionally, Pitt tells GQ about his mission to improve his health. After offering Moshfegh a nicotine mint, he explains that he quit smoking during the pandemic. Although he initially tried to minimize the amount he smokes, he realized that simply cutting back on cigarettes wasn’t going to suffice–he had to
cut them out completely.

“I don’t have that ability to do just one or two a day,” he says. “It’s not in my makeup. I’m all in. And I’m going to drive into the ground. I’ve lost my privileges.”

It’s only one of several radical changes he’s made to his health over the past few years. After Pitt’s ex-wife Angelina Jolie filed for divorce in 2016, he got sober and spent a year and a half attending Alcoholics Anonymous.

“I had a really cool men’s group here that was really private and selective, so it was safe,” he tells GQ. “Because I’d seen things of other people, like Philip Seymour Hoffman, who had been recorded while they were spilling their guts, and that’s just atrocious to me.”

Pitt has talked in the past about how he struggles to remember new people, to recognize faces, and he fears it’s led to a certain impression of him: that he’s aloof and self-absorbed. Moshfegh, however, finds him to be the opposite. Pitt is deeply committed to forging meaningful connections, to probing life’s existential quandaries, and hearing the personal stories of others.

“I always felt very alone in my life,” he explains, “alone growing up as a kid, alone even out here, and it’s really not till recently that I have had a greater embrace of my friends and family. What’s that line, it was either Rilke or Einstein, believe it or not, but it was something about when you can walk with the paradox, when you carry real pain and real joy simultaneously, this is maturity, this is growth.”

*Read the full cover story, “TK,” by Ottessa Moshfegh in GQ’s August issue and on GQ.com

Love, Travel, Drama, and more! Here are 5 reasons why you MUST board Amazon miniTV’s Ishq Express from 23rd June