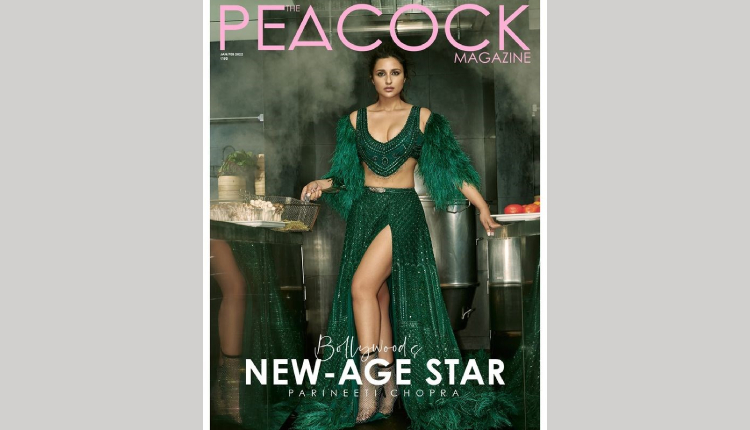 Sharing the stunning new cover page, Parineeti Chopra captioned her post, “Bringing in 2022 in style! Thank you @thepeacockmagazine_ for having me on your first cover of 2022 and @falgunipeacock @shanepeacock for this one-of-a-kind, kickass shoot”

The official handle of magazine also shared the same and some of snippets from the interview. Chopra lets the guard down as she tells us how she barely watched films till she moved to Mumbai, how the day she stopped being a PR consultant was the day she became and actor and why her audiences’ reaction, response and love towards her films will always be factored in while signing a film and how.

On the work front, Chopra has several projects under various stages of production, she completed filming an untitled espionage thriller directed by Ribhu Dasgupta and is a part of cast ensemble of Uunchai directed by Sooraj Barjatya under Rajshri Productions.

She is also part of Ranbir Kapoor starrer Animal, which is helmed by Sandeep Vanga along with Sharat Katariya’s next under Yash Raj Films.

Parineeti also made her Television debut, she joined the reality show Hunarbaaz: Desh Ki Shaan as judge with Karan Johar and Mithun Chakraborty. The first season will be hosted by Bharti Singh and Haarsh Limbachiyaa.