Broken But Beautiful 3: ALTBalaji thanks Sidharth Shukla’s fan clubs for the immense love and appreciation! 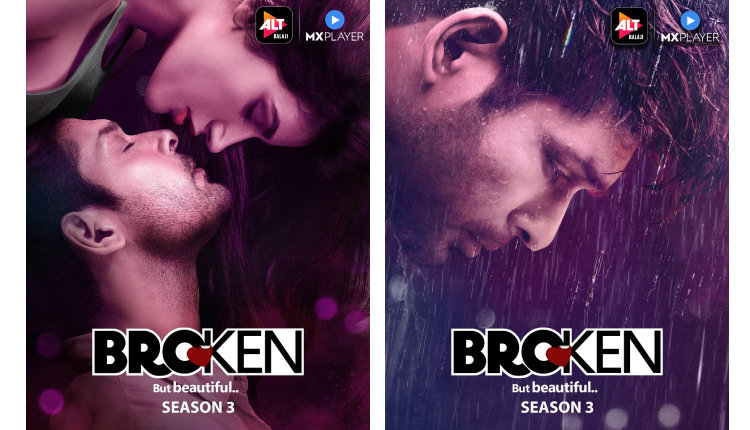 Ever since the fans of Sidharth Shukla heard about the actor’s announcement in the popular ALTBalaji’s romantic drama Broken But Beautiful, they are eagerly awaiting to see Sidharth and Sonia’s chemistry and their heartthrob on the screen. Some fans have also formed #AgMi fan clubs for Sidharth & Sonia’s characters (Agastya + Rumi = AgMi), making every asset of the show, including posters teaser and trailer trend across media.

Acknowledging the fans’ love for the show, ALTBalaji has mentioned them also being the official fan page of #AgMi in their bio on Instagram. The digital platform also thanked the fans through a video that carried the show’s launch date as a surprise for the #AgMi fans on ALTBalaji’s Twitter account. The loyal fans of the show, or say #Sidheart Army, are super excited about the new season of their favorite show and can’t wait for it to stream on ALTBalaji on 29th May 2021.

Broken But Beautiful 3 is the story of Agastya Rao and Rumi Desai — two people from very different worlds. Not only are their worlds poles apart, but they are also a complete contrast to each other. He is a struggling artist; she is a poor little rich girl. But unfortunately, opposites attract. Both knew what they wanted, but not what
they needed.

Eventually, they both experienced love and heartbreak. Love came looking for them when they were chasing their obsessions. And their journey comes full circle when they both realize that it is too hard to fall out of love than to fall in it. Produced by Sarita A Tanwar and Niraj Kothari of 11:11 Productions and directed by Priyanka Ghose, ‘Broken Beautiful 3’ features Sidharth Shukla, Sonia Rathee along with Ehan Bhat, Jahanvi Dhanrajgir, Manvir Singh, Taniya Kalra & Saloni Khanna in prominent roles.

Stay tuned to ALTBalaji’s social media handles as the show releases on 29th May 2021!