Broken But Beautiful, Panchayat, and other digital shows we are dying to have the next season 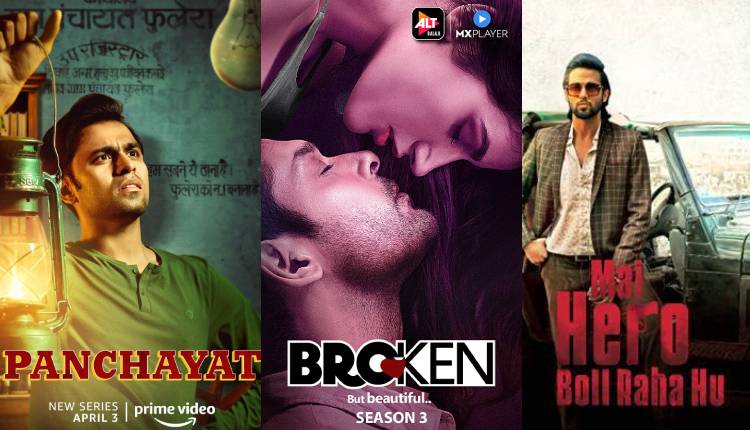 It’s the year of the seasons on digital platforms. ALTBalaji recently released the third season of their popular franchise Broken But Beautiful and broke the internet while Amazon Prime is prepping for the release of their second season of The Family man. Most digital platforms are reeking the benefits of hit digital shows. However, there are still a few shows that have been such a success, however, there have been no announcements with regards to their next installments. Today we are going to be looking at five such shows that we think deserve another season.

Here have a dekko at them –

The third season of Broken But Beautiful was released recently and we are still not over it. The show had all shades of love – the good, bad, and the ugly. However, just after binge-watching the series in just a few days, we are definitely still not over it. We are still waiting to know what happens to Agastya and Rumi. Where does the story go further? And although the makers haven’t announced the next season yet, we are dying for it.

Panchayat is one of the most successful series that released in 2020. The show garnered rave reviews from the critics and masses and also went on to become one of the toppers in the list of most-viewed series of the year. While there are no announcements made yet, it is quite obvious that The Viral Fever’s creation is surely going to return with another season. And whether it’s a fresh cast or the same ones coming back, we would for sure going to give this one a watch.

ALTBalaji’s yet another superstar-led drama – Mai Hero Boll Raha Hu was one of the most successful shows that released this year. The show starring Parth Samthaan became a rave hit amongst the audience. The gangster drama had its high points which were worth watching. Maybe a story about Nawab’s return to the gangster world? Sounds like a plan.

The drama features Parth Samthaan, Arslan Goni and Patralekha in the lead characters.

Love it or hate it, but you cannot ignore that Indian Matchmaking was indeed one of the most talked-about shows in the year 2020. The showrunners can’t ignore the popularity of the show. We can’t wait to see Seema Taparia matchmaking different sets of the couple once again. The Indian reality drama featuring Indian couples figuring out arrange marriage, well, I’d watch it.

The show featured Seema Taparia as the host.

Released as one of the first digital shows that catered romance between two women, A Married Woman was progressive and poignant as a story. The romantic drama set in the 90s was about a married woman in a lifeless marriage. Her life changes when she meets a woman who brings a new perspective to her life is the basic crux of the story.  The episode ended on an interesting note, and we have since then been waiting to know what happens further between Peeplika and Astha. Although there’s no official communication with regards to the next season of the show, it’ll be cruel of makers to not bring back another installment exploring further the complexities between these two characters. We hope the makers are reading!