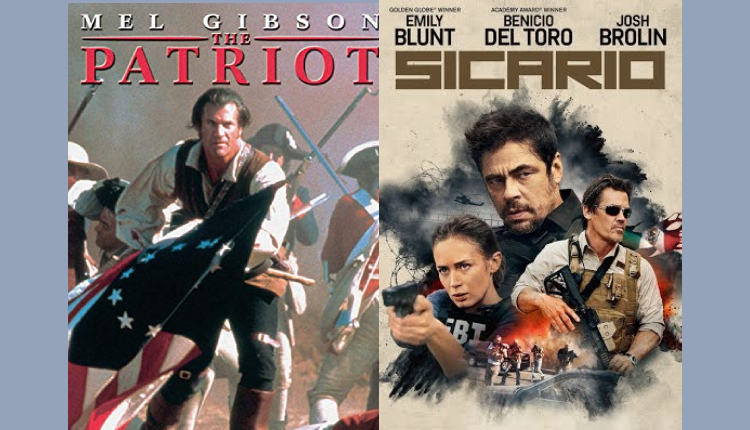 India- A proud Nation that has always stood united and strong against all odds. After a million sacrifices and battles in the past, the country today, stands fearless and Independent. To celebrate 75 years of freedom, this Monday, August 15th &flix and &PrivéHD present to you a binge of films that would make your spirits high and induce in you a sense of freedom and patriotism. Freedom in our minds, pride in our hearts and great memories in our souls, let’s celebrate this great nation with breath-taking titles this Independence Day. The Binge on &flix starts at 6 AM with Sicario and &PrivéHD begins it with The Patriot at 9 AM.

The line-up on both channels includes Mark Wahlberg starrer Lone Survivor, Academy Award-winning film Zero Dark Thirty, Emily Blunt starrer Sicario, the historical drama The Patriot and war-drama Fury. Lone Survivor brings Hollywood’s solo hero Mark Wahlberg in an explosive and detailed thriller. A mission gone bad, these soldiers must fight for survival in the harshest terrains behind enemy lines, in order to save themselves from the hordes of terrorists at their heel. In Kathryn Bigelow’s Academy Award-winning film Zero Dark Thirty, join the 10-year-long hunt for the world’s most dreaded terrorist by following analyst Maya played by Jessica Chastain and her team. In Sicario, Emily Blunt will be seen as Kate Macer, an FBI agent who is enlisted by the government task force to aid in the escalating war against drugs at the border area between the U.S. and Mexico. The film promises to keep your adrenaline rush high. The Patriot is the story of a peaceful farmer Benjamin Martin who is driven to lead the Colonial Militia during the American Revolution when a sadistic British officer murders his son and stars Academy Award winner Mel Gibson in the lead role. Fury stars the ever-popular and Academy Award, BAFTA Award and Golden Globe award winner Brad Pitt in the lead role. In April 1945, as the Allies make their final push in the European Theatre, a battle-hardened Army sergeant commands a Sherman tank and his five-man crew on a deadly mission behind enemy lines. Outnumbered, out-gunned, and with a rookie soldier thrust into their platoon, the team faces overwhelming odds in their heroic attempts to strike at the heart of Nazi Germany.

Apart from the above, &PrivéHD will also showcase Tears of The Sun. The film stars Primetime Emmy Award Winner and Golden Globe Award winner Bruce Willis in the lead role. Lt A K Waters and his troop are tasked to rescue Dr Lena from the jungles of a conflict-ridden Nigeria. However, she refuses to go with them unless they rescue her patients too. The team incurs the wrath of both U.S. and Nigerian forces when they side with Kendricks and attempt to march the refugees to safety.

Entertainment gets doubled as Amazon miniTV drops the second season of Udan Patolas. Here is why it should be on your long weekend binge list