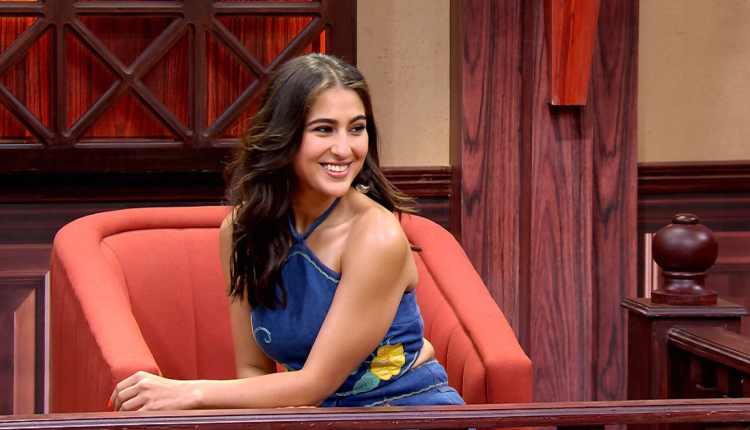 Amazon miniTV – Amazon’s free video streaming service, today released a fresh new episode of India’s first weekly courtroom comedy reality show, Case Toh Banta Hai featuring the talented and effervescent Sara Ali Khan. The Bollywood starlet who is known for posting funny knock-knock and Namaste Darshakon videos on social media, was at her hilarious best as she showcased her comic side with face off with one of the characters on the show.

The latest episode featuring Sara Ali Khan as the celebrity guest was high on humor and entertainment as she was defending all the Atrangi Ilzaams.Case Toh Banta Hai is a one-of-a-kind weekly comedy show where Riteish Deshmukh and Varun Sharma play the roles of public prosecutor and defense lawyer respectively. It also features Kusha Kapila as the judge who decides the fate of the biggest Bollywood celebrities. Catch all the fun in the episode streaming for free this Friday, September 2, on Amazon miniTV – on Amazon shopping app and Fire TV.