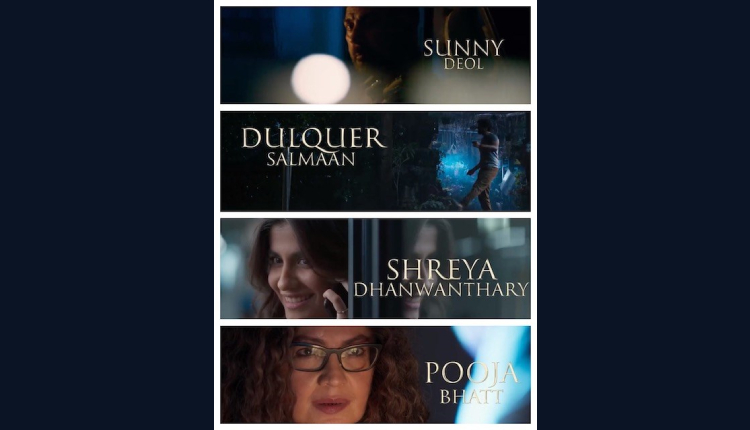 The first official trailer of R Balki’s next Chup – Revenge Of The Artist is out, starring Sunny Deol, Pooja Bhatt, Dulquer Salmaan and Shreya Dhanwanthary in the lead roles.

The psychological thriller, opens with a murder of a film critic, and the mood is set right away. Sunny Deol is the investigative cop, who is trying to solve the mystery of someone killing reviewers. Then there is this fresh new pair of Dulquer and Shreya, who apparently are the reel-real life couple. Than finally, Pooja Bhatt is revealed, who is talking about the actual definition of film-reviewers.

There is a lot of references of Guru Dutt’s Classic Pyassa, and Irrfan Khan, Rishi Kapoor and whole lot more stalwarts of Indian cinema. The film chronicles this strange and strained relationship between artist and reviewers.

Chup is about a serial killer who targets film critics, because of their erratic way of analysing films.

The screenplay is written by Raja Sen, Rishi Virmani and R Balki. The film is produced by Rakesh Jhunjhunwala, Anil Naidu and Gauri Shinde. The film is slated for 23rd September 2022 release.