City Of Dreams Season 2 Trailer Is Out 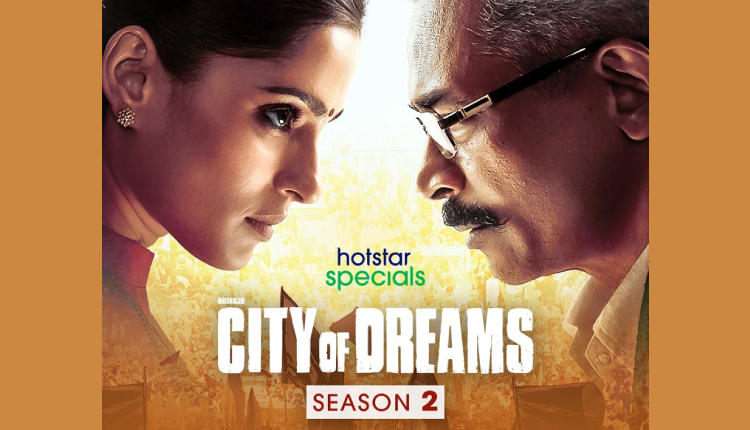 After an epic successful season one, the makers of “City Of Dreams” are out with second season, the first official trailer of mystery-crime-political web series is out.

The first season revolved around the assassination attempt on the political figure of Mumbai named the Gaikwad Family. At the end of the first season, we have seen the grand party meeting, where Jagdish plans for Delhi and clears his way. In between, Poornima finds the truth about the attack.

Now, the second season leads with Poornima serving as the chief-minister and his rival is his own father. The series is penned by the popular writer Nagesh Kukunoor and Rohit Banawlikar.

The series was directed by Nagesh Kukunoor. The music was composed by Tapas Relia.

Rishab Shetty Starrer Hero To Release In Telugu, Trailer Out