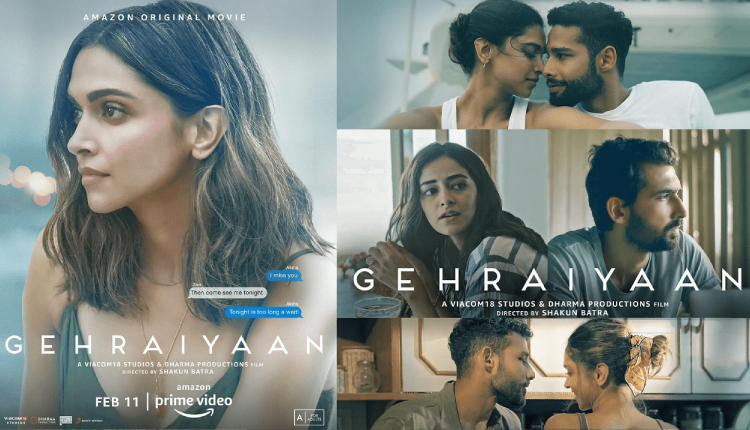 Marking her Birthday super special for her fans, actress Deepika Padukone drops six new posters from the forthcoming Gehraiyaan and confirms the release date of the film.

The film is co-written by Batra, Sumit Roy and Ayesha Devitre. The film is jointly produced by Dharma Productions, Viacom18 Studios and Jouska Films.

Apart from the romantic drama, Padukone is also busy with the remake of the American comedy film The Intern and will team with Prabhas in an as-yet-untitled science fiction film tentatively named Project K helmed by Nag Ashwin. She is also set to star opposite Hrithik Roshan in Siddharth Anand’s Fighter.

Teaser Of You Is Out, Feat. Armaan Malik And Emma Declercq