Dhanush Starrer Maaran Trailer Is Out 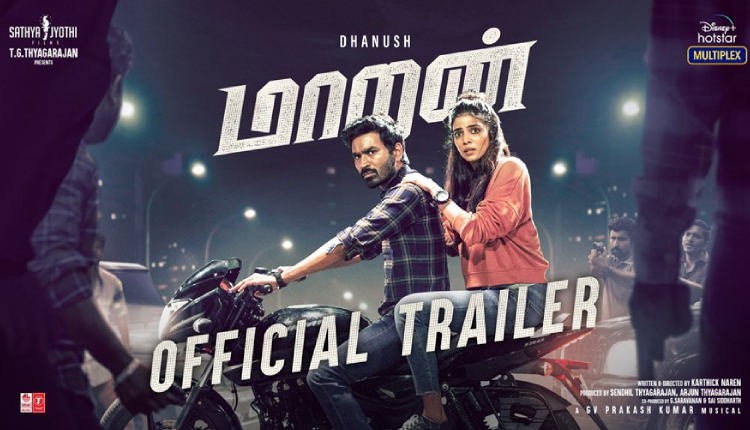 Actor Dhanush and Malavika Mohanan starrer Maaran trailer is out and trending.

‘Maaran’ is directed by Karthick Naren and it is produced by Sathya Jyothi Films. The movie is scheduled to directly premiere on a popular Disney Plus Hotstar. The film features Dhanush in the lead role playing the role of a journalist along with Malavika Mohanan as the female lead.

The film is touted to be an investigative thriller, the film also stars Samuthirakani, Smruthi Venkat, and Krishnakumar. The over two-minute trailer gives a glimpse of the fast-paced gripping tale.

The film starts streaming from 11th March 2022 on Disney Plus Hotstar.

Apart from Maaran, actor Dhanush will soon be seen in Vaathi and Naane Varuven.