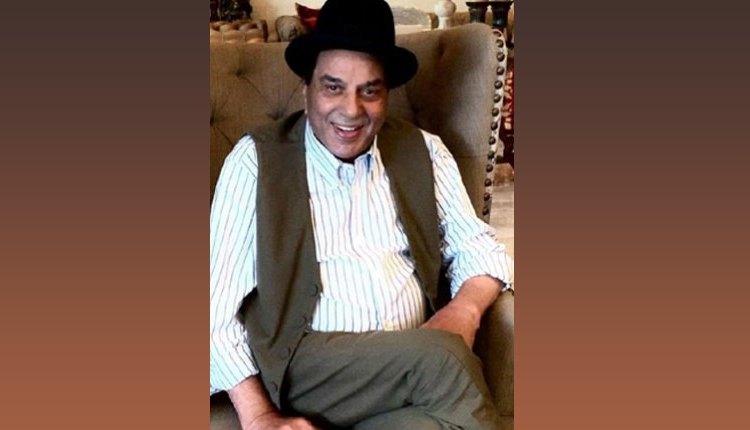 After his super viral swimming pool fitness video, veteran actor Dharmendra treated his fans with a glimpse of his singing skills by crooning few lines of his favourite song.
Actor took to his social media profile and dropped a video post, where he is seen singing ‘Abhi na jao chhod kar’. He captioned it, “My favourite song. Friends, love you for your loving response to my previous post”
The evergreen ‘Abhi na jao chhod kar’ was sung by Asha Bhosle and Late Mohammed Rafi for the 1961 released movie ‘Hum Dono’, which starred Dev Anand and Sadhna. The original track can also be heard in the background.
Dharmendra is quite active on social media. He often gives sneak peek of his personal life by sharing videos and pictures from his daily routine.
Meanwhile on the film front, Dharmendra was last seen in the 2018 film ‘Yamla Pagla Deewana 2’. He will be next seen in ‘Apne 2’.
Apne 2 is helmed by Anil Sharma, a sequel to the 2007 sports family drama, that will reunite Dharmendra Deol, Sunny Deol, Bobby Deol and Karan Deol, marking first ever sports family drama movie to feature three generations.