Dhokha Around D Corner Teaser Is Out 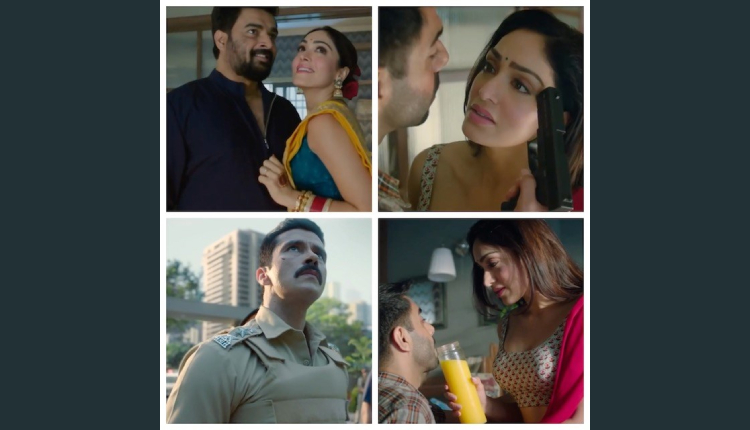 Helmed by Kookie Gulati, the film is a suspense thriller with a medical twist, based on an urban couple and highlights a whirlwind journey of the pair.

The teaser opens with an intense scene, where a terrorist has taken a house wife as hostage, and para-troopers have surrounded the building. Then husband of the hostage wife, reveals to the cops that she suffers from an identity disorder, and there begins the game. Hostage turns the table of captor, seduces him but only to find untold horror in return.

Known for his comic timing, Aparshakti Khurana is seen donning the role of terrorist, and he is menacing. Khushalii Kumar plays the hostage, Madhavan is the husband and Darshan Kumar is the investigative officer.

Bankrolled by T-Series Films along with Dharmendra Sharma and Vikrant Sharma, the film is helmed Kookie Gulati, it is slated for 23rd September 2022 release.