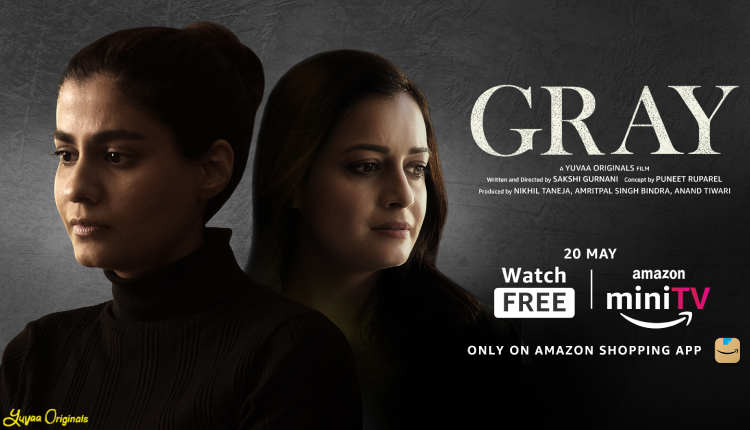 Consent is important, but very often people fail to understand when and where the line must be drawn. Gray – Amazon miniTV’s latest short-film that premiers on the service on May 20 for free, attempts at addressing this dilemma. Starring actors Dia Mirza and Shreya Dhanwanthary in lead roles, the thought-provoking drama is based on the life of a young woman, Naina, who goes through a tumultuous time after an uncomfortable experience changes her life. The plot is centred around the struggle one faces whilst differentiating between consent and friendship, and more often than not, it ends in one blaming themselves. Produced by Yuvaa Originals, Gray is written and directed by Sakshi Gurnani.

“We at Amazon miniTV always try to bring impactful stories that would entertain and enlighten the audiences. We know about consent, talk about it but how well do we understand or implement, is the real question. We are proud to bring this meaningful story to our library of award-winning short film” said, Girish Prabhu, Head of Amazon Advertising

“At Yuvaa Originals, we believe in telling stories that reflect the emotional truths of young Indians, in a way that makes them feel seen and heard. Gray, a story by Puneet Ruparel and Sakshi Gurnani, and directed by Sakshi, is a powerful story about consent, a topic that should be ‘black’ and ‘white’ but is often dragged into the ‘gray’, because we refuse to learn the meaning of ‘No’. We hope that the film helps clearly define the meaning of consent for everyone who watches it. We are so proud to collaborate with Amazon MiniTV because its wide reach will take this story to every corner of the country.,” said Nikhil Taneja, Co-Founder and CEO, Yuvaa Originals.

Gray premieres exclusively on Amazon miniTV on May 20. Don’t miss this heartfelt experience!

Four animated movies to watch this summer with your kids!