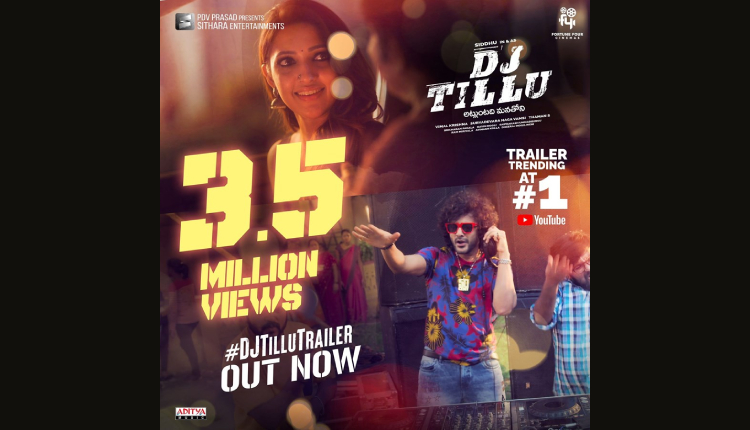 The first official trailer for Siddhu Jonnalagadda starrer ‘DJ Tillu’ is out and trending on social media. The trailer was released yesterday and within a day, it is trending at the number one spot with 3.5 million hits.

Directed by Vimal Krishna, the film also stars Brahmaji, Prince Cecil and others in key roles. The film’s music is composed by Sricharan Pakala.

The trailer starts on a funny note, with Siddhu bragging about him working with Telugu actor Allu Arjun as a music composer in his movie. On the other hand, the trailer also reveals that the entire story is about the leading lady, Radhika (Neha Shetty), and her multiple love tracks.

Eventually, Radhika falls in love with DJ Tillu (Siddhu), who also loves her and finds out about all her love affairs, and is confused as to what to do with her.

Produced by Naga Vamsi under Sithara Entertainments, the movie has a screenplay and dialogues penned by Siddhu Jonnalagadda.

The film is slated for theatrical release on 11th Feb.