Doing A Music Video, Will Be Out Soon Says Poonam Pandey 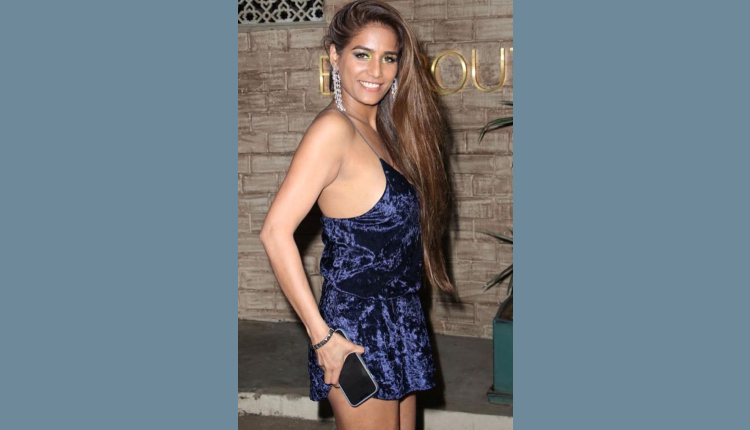 Team NewsHelpline spotted Poonam Pandey during a dinner outing at a popular hangout place in Juhu.

We asked Poonam about her favourite cuisine, and she made an interesting revelation. She said, “I am a vegetarian. I am here for some good vegetarian food”

We asked Poonam, now that is free from the law if there is a project in the pipeline. She said, “There is a music video that I have been working on, it will be out soon. I am keeping my fingers crossed about this one”

Poonam is known for stirring the pot, she rose to the media spotlight when she promised to strip for the Indian cricket team if it won the 2011 Cricket World Cup.

She went on to have her own mobile application developed. The app was banned by Google soon after its launch in the Play Store and is currently available on her official site only. She also uploaded a sex tape in which she was with her then-boyfriend, on Instagram that she later deleted.