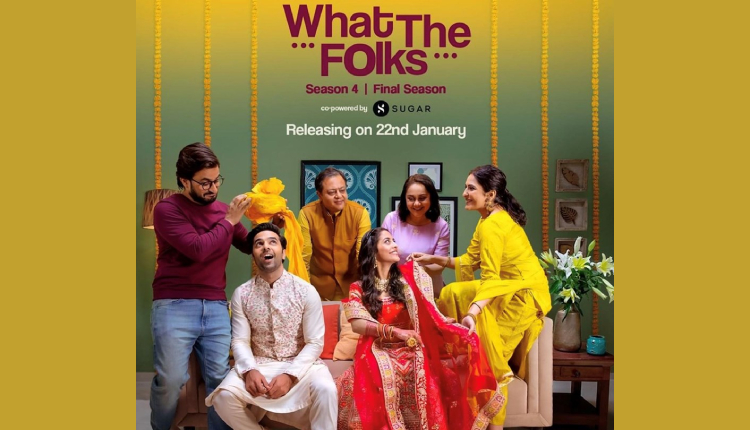 After three epic seasons, the makers of What The Folks announced the finale for the series.

Dice Media’s hit web series – What The Folks stars Eisha Chopra as Anita and Veer Rajwant as Nikhil, is about the journey of a modern family trying to break stereotypes and learn to love each other despite their differences.

Actress Eisha Chopra took to her social media profile and dropped the first look poster for the finale season. She captioned it, “The folks are back for one LAST season…Join the final leg of a journey that made us all laugh, cry and go What The Folks? @toothsi_aligners presents #DiceWTF4 co-powered by @trysugar releases on 22nd January ft. @veerrajwantsingh @eishachopra @anulanavlekar @deepikaaminofficial @iamniteshpandey @ravjeetsingh7..Mark your calendars and catch the final season!”

The series stream from 27th January. The critically acclaimed series, which has completed three successful seasons, is one of the most favourite family shows to binge-watch.

The series has progressed over the years with Veer dealing with relatable situations at his in-law’s place to Anita balancing between work and family. Packed with drama, plenty of humour and extremely witty comebacks, What The Folks have been one of the most popular shows of Dice Media.