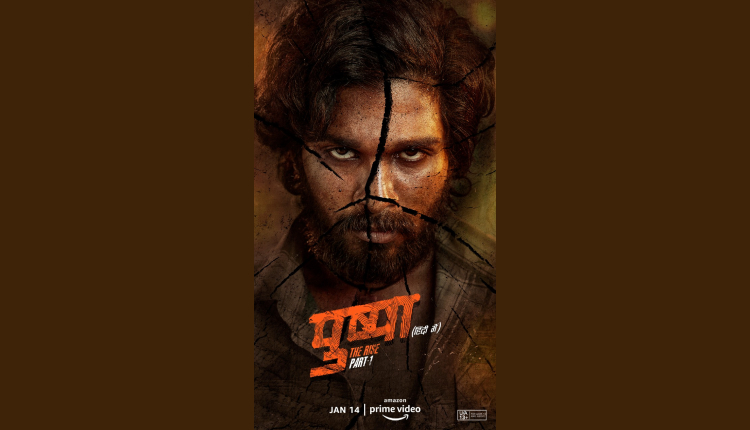 Watch #PushpaOnPrime in Hindi starting January 14, exclusively on @PrimeVideoIN
Starting 14 January, Prime Video brings to its service the blockbuster action thriller Pushpa: The Rise-Part 1, in Hindi. Written and directed by Sukumar and produced by Mythri Movie Makers and Muttamsetty Media, the film stars Allu Arjun in the titular role along with Rashmika Mandanna and Fahadh Faasil in pivotal roles. The mega-entertainer which has garnered accolades from fans and critics alike is already streaming in Telugu, Tamil, Malayalam and Kannada on the streaming service for Prime members in India and more than 240 countries and territories worldwide.

Get set for this galvanizing and intensely wild ride, deep into the Seshachalam forests with lorry driver Pushpa Raj—essayed by Allu Arjun. Pushpa: The Rise- Part 1 chronicles the fight of good against evil in a fast-paced, gripping narrative as the police crackdown on the red sandalwood smuggling empire that is rampant in these parts. The fast-paced, powerful, and thought-provoking narrative pulls the viewers into a vortex where there is no right or wrong, and there are no bad men—only heroes in different hues of grey.

Celebrate the flavours of Pongal with Taj Coromandel-Chennai!