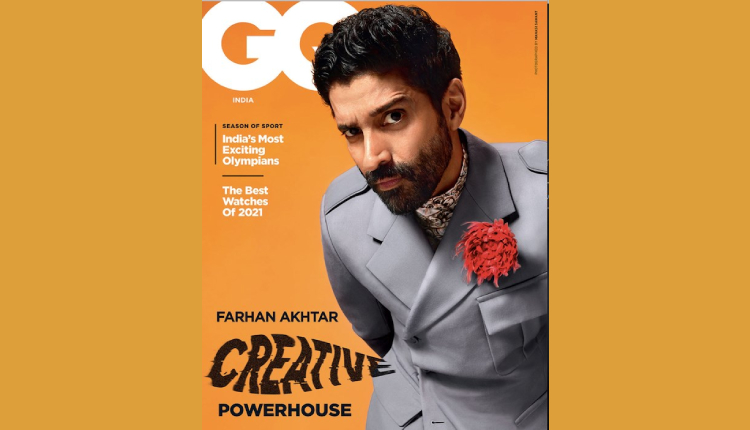 He has impressed us with his direction skills, he has captivated us with his amazing acting potential, his singing soothes your ears and as a producer, he knows it all! We are talking about the talented Farhan Akhtar. The actor has graced the cover page of the ‘GQ India’ magazine July-August issue.

Farhan looks dapper in a suit on the cover which calls him the ‘Creative Powerhouse’. Donning so many hats in his career and that too with perfection makes him a creative powerhouse.

The actor is all set for the release of his next film ‘Toofaan’. The trailer of the film got a great response from the audience and everyone is waiting for the film to release.

The film is directed by Rakeysh Omprakash Mehra starring Farhan Akhtar as a National Level Boxer, alongside Mrunal Thakur and Paresh Rawal in supporting roles.

Recently, the promo of the film was played at Times Square in New York and the actor shared this moment as a dream come true for him. The film is scheduled to release on Amazon Prime on 16 July.