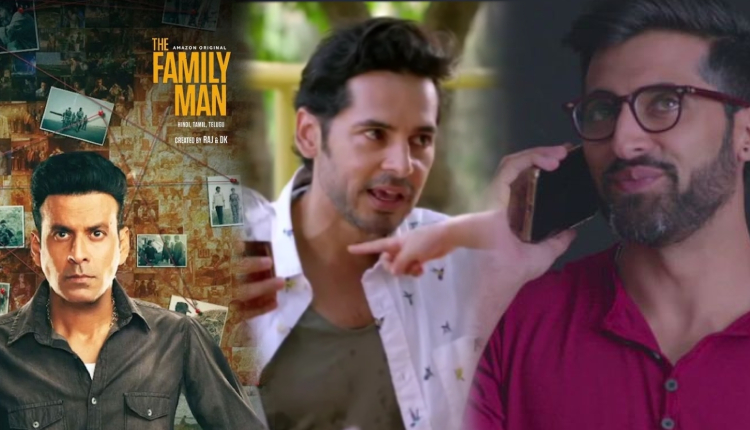 On the third Sunday of June, the World celebrates International Father’s Day. This year the day will be celebrated on June 20. Ahead of the special day, when the entire globe celebrates its Fathers, we thought, why not celebrate Digital Daddies as well? In the past few years, digital shows have become an integral part of our lives. And these shows have introduced us to several such digital characters who hold a special place in our hearts. So today, we’ve handpicked fathers from the digital World who have left a lasting impact on us.

We don’t need to even harp on how Srikant Tiwari has been one of the coolest dads from the digital space. He fights for the country, and yet at the same time, he is close to his kids. Manoj Bajpayee has given an award-winning performance. While the first season gave us a tease of Srikant as a father, and the second was all a winner.

Akshay Oberoi played the flamboyant and a carefree father of two in ALTBalaji’s Hum Tum Aur Them. The show was quite a fun show and was specifically about children and parents’ relationships. Yudi’s camaraderie with his son was indeed something many wish to have with their father. He is the coolest dad in the digital space. No cap.

Dino Morea as a father on the screens was something we all wanted to see. In ALTBalaji’s show Mentalhood, which primarily revolved around mothers, also had Akash, a single father of twins. Akash was as refreshing as it could be. And let’s not even talk about how effortlessly Dino pulled that character.

To save and protect his daughter from a psycho serial killer, Nikhil Nair took part in a series of murders. That’s the kind of father Nikhil was. He portrayed that side of fatherhood that many of us overlook. That by the end of the day, our fathers will go to any extent to protect us. Barun Sobti did a decent job in playing the character.

How far will you go to protect the one you love – that’s the question this thriller asked the entire time. Denzil needs to kill people to save his dying son. A father can go to any extent to save their child. And this show said the same. Not that we promote violence of any kind, but to watch Danny play the stellar R Madhavan was fantastic.

Who is your favourite father from the digital World? Let us know. In the meantime, catch up on your favourite shows on their respective streaming platforms this weekend!