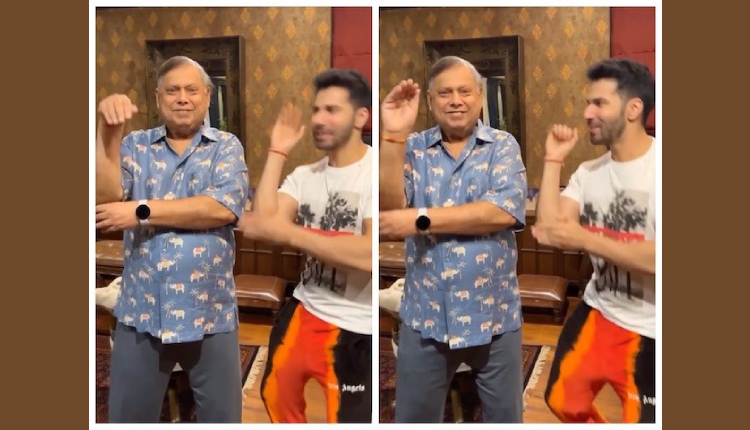 In the clip, the father-son duo is seen striking ‘The Punjaabban’ song hook step from Varun’s upcoming film ‘Jug Jugg Jeeyo’. The father and son duo left fans in awe of their cuteness.