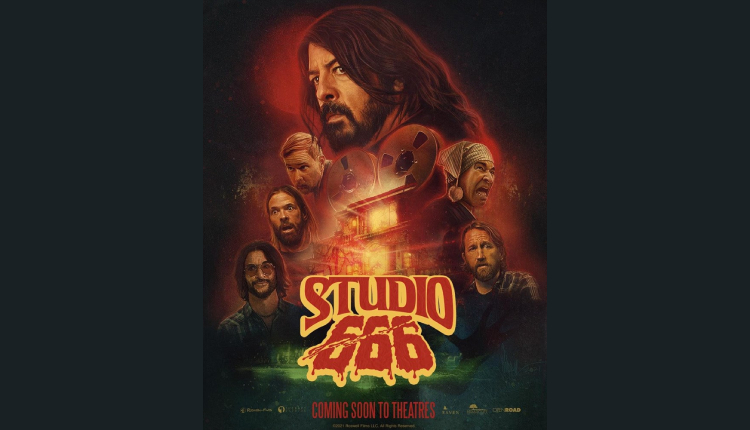 Open Road Films drops the first official trailer for his rock band horror-comedy Studio 666. The Foo Fighters made their first film during the pandemic – and it looks wicked fun.

Helmed by BJ McDonnell and written by the frontman of the band, David Grohl, the film was also shot at Grohl’s own Studio 606.

Things go bonkers when legendary rock band Foo Fighters move into an Encino mansion steeped in grisly rock and roll history to record their much anticipated 10th album. Can Foo Fighters’ complete the album, with the band still alive to tour?

The screenplay is written by Jeff Buhler and Rebecca Hughes, based on a story by Dave Grohl. Produced by John Ramsay and James A. Rota.