Four animated movies to watch this summer with your kids! 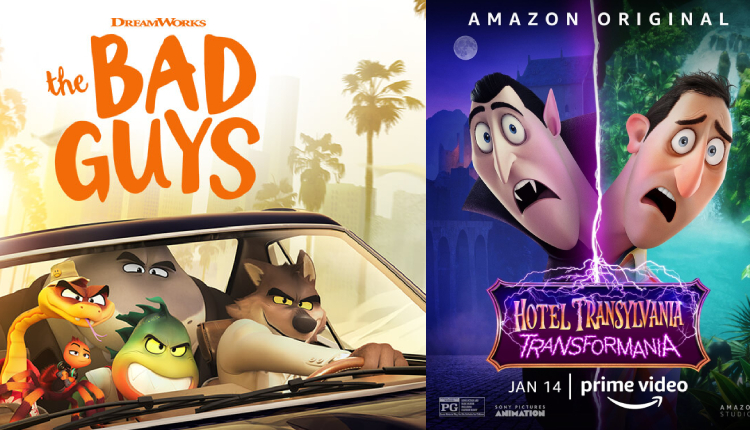 Reveling in the happiness of their exams ending and frolicking around at the joys of their summer vacation beginning, Hollywood has the best of animated movies for your kids in store. While some of them have already been released, and some are just waiting to hit the big screen, this is a sure shot way of ensuring that you and your kids make the most of your time together. We present you a list with 4 animated movies to watch this summer with your kids.

The Ice Age Adventures of Buck Wild: A spin-off of the much-loved Ice Age franchise and a sequel to Ice Age: Collision Course, The Ice Age Adventures of Buck Wild brings the possum brothers, Crash and Eddie back into action, finding themselves at the epoch of danger only to find a saviour in Buck Wild. Together, they set out on an adventure to conquer a place already inhabited by dinosaurs, making it a thrilling ride for your kids this summer.

The Bad Guys: The film is about a group of “The Bad guys” comprising a wolf, a snake, a piranha, a shark and a tarantula living up best to their image. But things go for a toss when Mr. Wolf, the gang leader, has a sudden change of heart and sets out on a transformative journey to the good. Will they follow the footsteps of their leader or carve their own path?

Hotel Transylvania 4: Transformania : This film has given kids their favourite Dracula who is a doting father to his daughter. However, he always finds himself at loggerheads with his son-in-law Johnny. In a twist of fate or rather an experiment gone wrong, Dracula and his monster friends are now humans while Johnny has transformed into a monster. A fun packed film with bouts of laughter and shades of love and empathy, this makes for a perfect watch with your kids.

Minions: The Rise of Gru : The seed that got his villainous dreams cackling, this film shows young Gru embarking on the journey to achieve his dreams with the help of his minion friends. Yet to hit the theatres, this film should definitely be on your watchlist.

So, grab your snacks and take your kids to some of the most celebrated and anticipated animated movies this summer!