From Nani as Shang Chi to Tamannaah as Katy, here are 5 Tollywood actors who could pack a punch in Shang-Chi and the Legend of Ten Rings 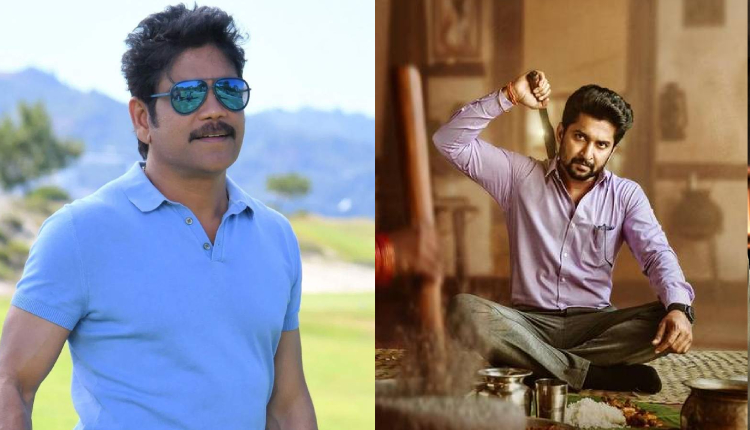 The wait to finally watch a Marvel movie after two long years is finally over as Shang Chi and the Legend of Ten Rings is arriving in just a matter of days. Directed by Destin Daniel Cretton, this movie stars Simu Liu, Awkwafina, Tony Leung in lead roles along with Benedict Wong, Meng’er Zhang, Michelle Yeoh and Florian Munteanu in pivotal roles. While we just can’t wait to see them on the big screen, the thought of an alternate star cast often crosses our minds. Who will be the actors? How would that turn out? What are the unique elements that they will bring to the plate? While we keep wondering about who could make the cut, here are five fantastic Tollywood actors who are well suited to perform roles in this movie.

Superstar Nani is known for performing some phenomenal action sequences in his movies. He has all the attributes which are needed to play the role of a superhero. From being the hero and fighting against evil to showcasing his muscular body and getting under the skin of his character, he ticks all the checkboxes as Shang Chi. It will be wonderful to see him as the lead actor with the colourful red and yellow suit for this movie.

Both the actors, Nagarjuna and Tony Leung (played the character of Wenwu) are great actors who are known for having experience in their respective film industries and working on multiple blockbuster movies. Their massive fan following is a testimony that they are skilled artists who are not afraid to try different roles. Nagarjuna can perfectly fit into the role of the hero’s father who passes on the wisdom to Shang Chi. He is one who can truly depict a firm standing pillar to the story.

Tamannaah previously worked in movies where she was the super-heroine who performed stunts and did action sequences by herself. The audience loved her for her courage to get out of her comfort zone and try something so physically intense. Katy is a very different character but in some ways quite similar to Tamannaah’s previous roles which makes it obvious that she will nail the role hard.

Samantha is an actress who is unpredictable when it comes to the roles she is performing. She has excelled in roles as a heroine or a villain. Seeing Samantha as Shang Chi’s sister AKA Xialing will be a totally new thing for her as well as the viewers.

The stability on her face and the accurate expressions is what makes Anushka an experienced actor. She makes it a point to balance her skills to what her role demands. Ying Nan is a character who shares her knowledge to make the world a better place and Anushka can surely resonate with this character because of her talent as a well-balanced actor who showcased a role perfectly.

So, wear that mask and maintain distance when you go and watch Marvel’s Shang Chi and the Legend of Ten Rings in English, Hindi, Tamil and Telugu on September 03, 2021, in your nearest theatres.

Client No. 7 – A gripping tale of murder mystery only on ULLU