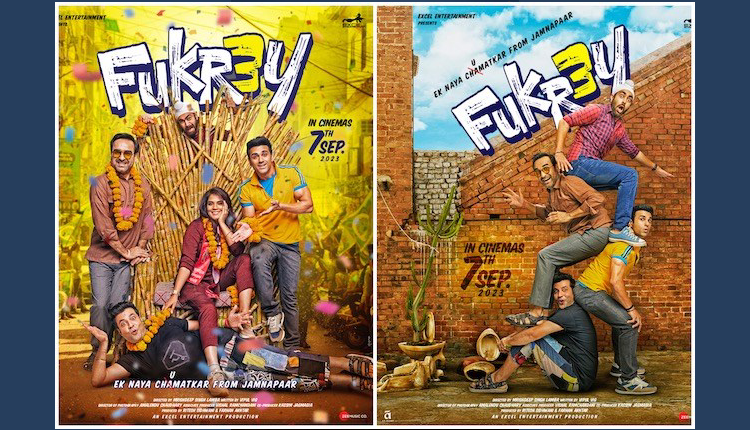 Excel Entertainment unveils the first look poster for Fukrety 3, and also confirm the release date for the third instalment of the hit comic franchise.

Actor Varun Sharma also shared the same, he captioned his post, “A Film Which is truly special to me. A Film I started my journey with. A Character which is synonym to my Name! ‘Choocha’ Aa Raha hai wapis teesri baar apne Fukron ki toli ke saath Milte hai 7th Sep’23 to Cinema Gharon mai!! #fukrey3 #choochaisback”

The first instalment was released in 2013 and ‘Fukrey Returns’ released in 2017. The film revolves around four friends Honey, Choocha, Lalli and a lady gangster Bholi Punjaban.