Gangstaa From Thunivu Out Soon 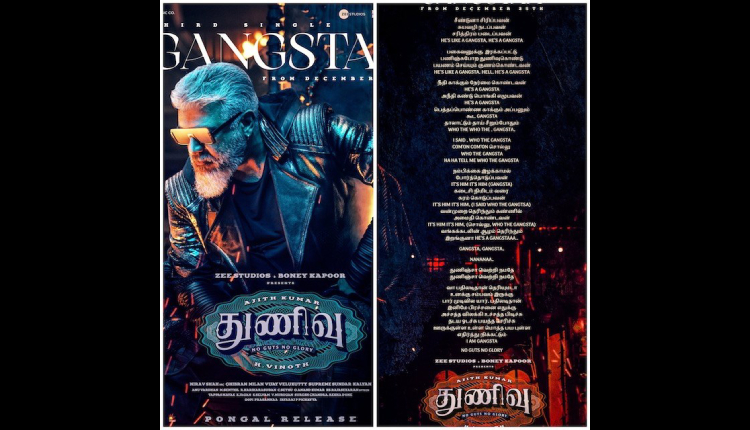 Written and directed by H. Vinoth, the forthcoming action thriller is produced by Boney Kapoor, starring Ajith Kumar and Manju Warrier in the lead roles.

Thunivu is said to be based on a mysterious mastermind and his team forms a plan and commits bank heists across Chennai, but their motive of the heists remains mysterious. The film is scheduled to release theatrically on 11 January 2023, during Pongal clashing with Vijay’s Varisu.

Awaara Dogs From Kuttey Out Now