Get ready to celebrate Christmas & New Year with the exclusive programming lineup of Comedy Central for December 2022! 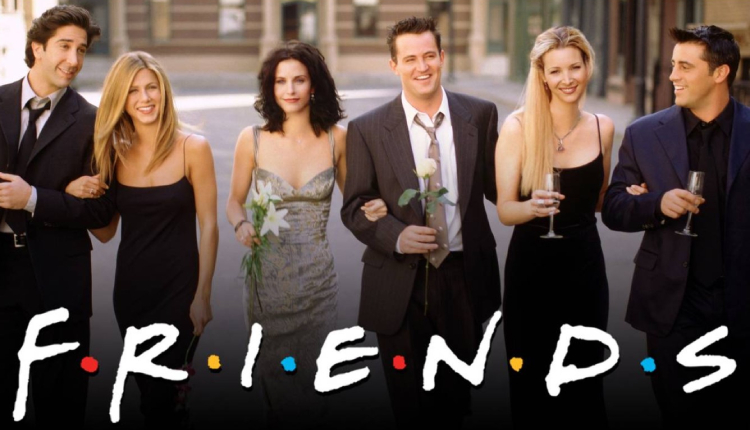 As the year is all set to end, India’s most-preferred stop for English entertainment, Viacom 18’s Comedy Central exclusively brings Christmas & New Year Marathon. Under the same, the channel is decked up with a special programming line-up for the month of December 2022. In this line-up, Comedy Central will premiere the most popular shows, keeping in mind the preferred entertainment needs of its audience. Under its Happiness Buffet – New Comedies, Served Fresh programming block, the channel will showcase some of the best comedy shows for its viewers the entire month of December which will begin in the first week.

Let us have a look into the special programming line-up that Comedy Central has for its viewers for December 2022!

Enjoy this season of year-ending festivity with Comedy Central, where the channel will be airing all seasons of F.R.I.E.N.D.S, The Middle, Brooklyn Nine-Nine and The Office back-to-back in the special 14-day-long Christmas & New Year Marathon that will begin on 20th December, 6 AM onwards till 2nd January, 7 PM.

An American sitcom that follows the life story of six best friends who come across each other’s paths in a completely unexpected manner. The show focuses on the personal and professional lives of these 30-something people living in Manhattan. The show highlights how these friends make it through the ups and downs and go on to build a life together. Watch F.R.I.E.N.D.S Season 1 to 10 on Comedy Central every Monday to Friday at 7 pm, all through December!

Set in the fictional 99th Precinct of the New York Police Department, Brooklyn Nine-Nine, follows the immature yet brilliant Detective Jake Peralta and the other squad members as they go about with their shenanigans and solve cases. The show stars Golden Globe winner Andy Samberg and Emmy Award winner Andre Braugher along with many other talented actors. Brooklyn Nine-Nine Season 1 to 8 is exclusively available on Comedy Central Monday to Friday at 8 pm.

One of the best and most high-rated mockumentary sitcoms ever created in history is all set to feature its episodes on Comedy Central. The show depicts the everyday work lives of office employees at the Scranton branch of the fictional Dunder-Mifflin Paper Company. Watch the award-winning show The Office Season 1 to 9 exclusively on Comedy Central Monday to Friday at 9 pm.

One Day At A Time

An award-winning and critically acclaimed show, One Day At A Time is coming back on Comedy Central this December. The show revolves around Penelope, a newly single Army veteran, and her Cuban American family. It’s all about how Penelope’s family deals with the peaks and valleys of life while they settle down after her retirement. To know more about how they make it through thick and thin, tune into Comedy Central this December from Monday to Friday at 10 pm.

Season 30 of the popular The Graham Norton Show will be on Comedy Central all through December! In this show, you’ll see how Graham gets up close with the celebrity guests about all things trending, celebrity culture, people, and other aspects of the industry that interests him. Stay tuned with Comedy Central every Sunday at 9 PM to witness Graham get personal with celebrities on his big red sofa!

The Daily Show with Trevor Noah

The Daily Show with Trevor Noah is a sharp, reality-based television show that has won Emmy and Peabody Awards. It examines the day’s major headlines as the host Trevor Noah provides amusing news about foreign and American political issues. It will keep you entertained during this festive month by airing on Comedy Central every week. The Daily Show frequently employs self-referential humour and takes its comedy and satire from current events as well as political leaders and media outlets. Make sure you enjoy this show on Comedy Central from Monday to Friday at 11 pm.

Get ready to enjoy your Christmas and New Year festivities with the special December programming line-up, exclusively on Comedy Central!

From Sonali Kulkarni to Nagesh Bhosale; meet the power-hungry politicians of Dharavi Bank