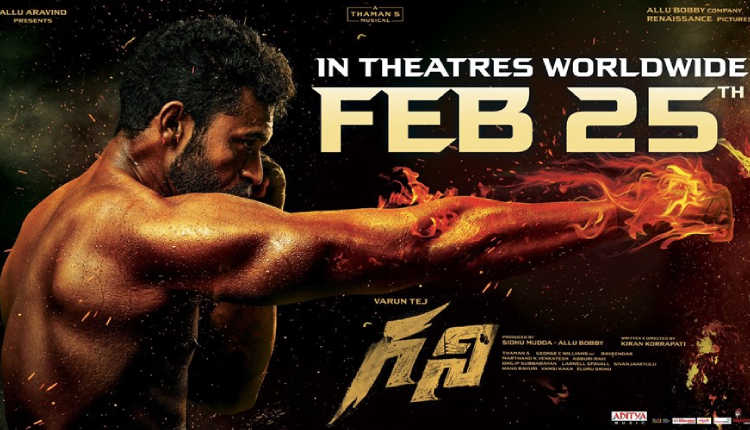 After being delayed several times, sports drama Ghani is finally locked for a theatrical release on 25th February 2022.

After being postponed multiple times owing to the COVID-19 pandemic, the film is scheduled to release on 25 February 2022 theatrically.

Varun Tej just took to his social media and shared a poster, he captioned his post, “3 years of our blood & sweat. The time has finally come to earn your respect on February 25th! See you in theatres! #Ghani #GhanionFeb25”

Tej will be seen playing the role of a boxer in the film, he was trained under Tony Jeffries, the former England boxer who won a bronze at the 2008 Summer Olympics.

The film has a hit score, so far makers have unveiled Ghani Anthem, Kodthe and Romeo Juliet songs from the film.