Gippy Grewal And Shinda Grewal In Shinda Shinda No Papa 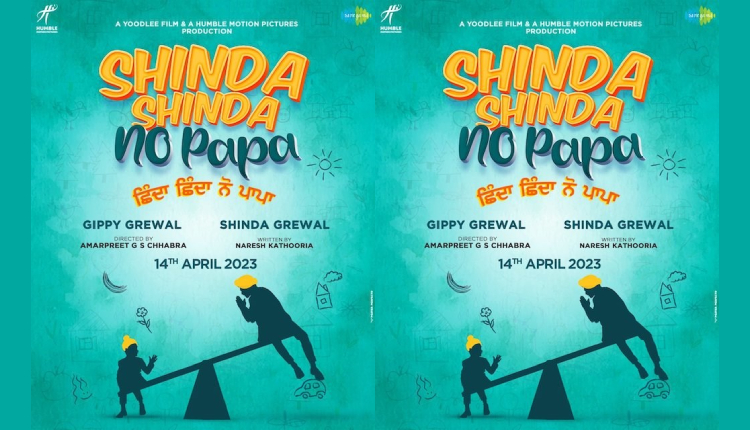 Gippy Grewal has announced a new movie. Gippy and his son Shinda Grewal will be seen sharing the screen in Shinda Shinda No Papa, which is written by Naresh Kathooria.

The film is produced by Yoodlee Films and it is touted to be a comedy film. Sharing the same, Yoodlee Films wrote, “This Baisakhi, get ready to roar with laughter. Shinda Shinda No Papa releasing worldwide in cinemas on 14th April 2023. @gippygrewal @iamshindagrewal_ @amarpreetchhabra @nareshkathooria @humblemotionpictures @saregama_official #ShindaShindaNoPapa”

Helmed by Amarpreet Chhabra and it is billed as a hilarious take on parenting. The film is a roller-coaster ride of emotions and shows how a father manages his disobedient son while moving from the UK to India.

Gippy’s next outing Yaar Mera Titliaa Warga, is scheduled to hit the silver screens on September 2.

CHANDON INDIA PRESENTS – ‘OWN THE SUNSET’, A CAMPAIGN CELEBRATING THE PERFECT MÉLANGE OF SUNSETS AND CHANDON

Matto Ki Saikal Trailer Is Out