Golden Era Is Coming To Life – Ponniyin Selvan, Title Poster Is Out 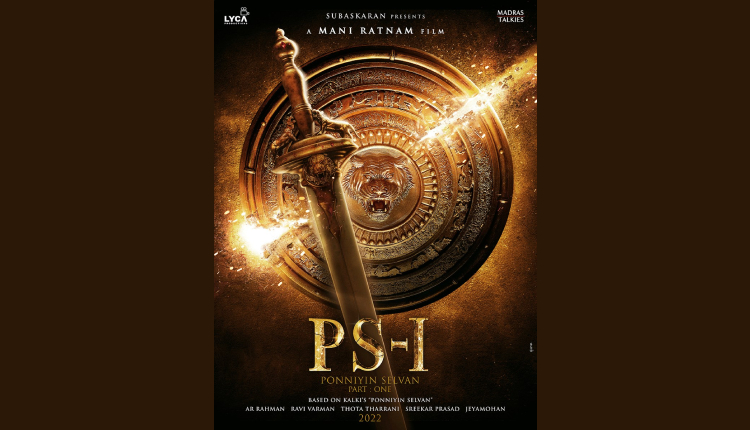 Written, directed and produced by Mani Ratnam, the epic historical drama film is an adaptation of Kalki Krishnamurthy’s 1955 novel of the same name, which has been widely regarded as the greatest novel ever in Tamil literature.

The poster features a heavily stylised sword and a shield decorated with the head of a roaring tiger, the symbol of the Chola kingdom. With a bolt of fire slashing through the poster, the heavy use of gold and gold accents evokes a sense of mystery and grandeur at the same time and sets the tone for an engaging historical drama.

Interestingly, Aishwarya Rai made her acting debut with the movie Iruvar which was directed by Mani Ratnam. Both are collaborating after 9 years and this will be Aishwarya’s fourth outing with Ratnam after her Iruvar in 1997 followed by Guru (2007) and Raavan (2010).

The film’s music was composed by A. R. Rahman, with cinematography handled by Ravi Varman, and editing by A. Sreekar Prasad.