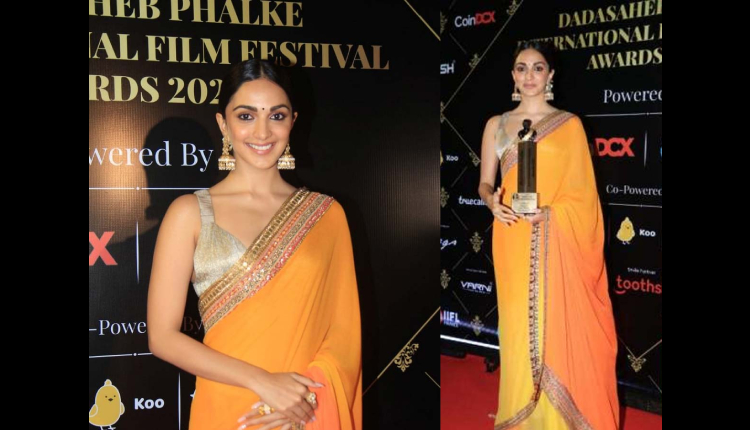 Actress Kiara Advani, who won the Critics Best Actress for Shershaah, says she is grateful and inspired to move forward.

Kiara Advani was interacting with NewsHelpline award-winning award. She said, “My heart is filled with gratitude and to be honest, this film is everyone’s film. We all know the story, and now wherever I go, everyone feels that they know Captain Vikram Batra and Dimple, through us, people have felt that they belong to those two people. To get such a prestigious award for such a special film, I am feeling happy with a lot of gratitude”

The film stars Sidharth Malhotra as Vikram Batra and Kiara Advani as his girlfriend Dimple Cheema.

Kiara Advani earlier won an award for stunning role in Guilty, and now bagging the second trophy, she added, “It is always special, encouraging, and motivating when you get an award, I am being honoured and appreciated, I am feeling blessed that this is my second Dadasaheb Phalke Award, I won one for Guilty, and now for Shershaah, it is indeed very motivating and I hope in coming years, I am able to share my love through my work with you, and get back love, which I so look forward to”

Based on the life of Param Vir Chakra awardee Vikram Batra, who laid down his life in the service of the nation while recapturing Indian territories from Pakistani intruders during the Kargil War in 1999.

Bell-Bottom, A Special Film And Dream Role For Me Says Lara Dutta