Guneet Monga Is Excited About The Elephant Whisperers Oscar Nomination 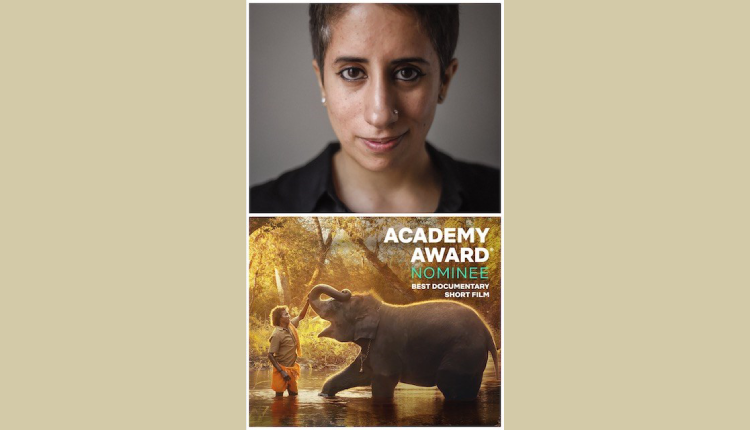 Filmmaker and producer Guneet Monga is over the moon as her film ‘The Elephant Whisperers’ bagged the Oscar 2023 nomination in the ‘Documentary Short Film category.’

Taking to Instagram, Guneet shared a post and wrote, “The Elephant Whisperers is an ode to devotion and love..an ode to unconditional selfless love for the beautiful baby ellie Raghu who felt all the emotions like us humans but only two could hear his whispers – Bomman and Bellie. I am beyond grateful for @kartikigonsalves (the Director), who discovered this sacred bond and trusted us with the story so pure and surreal”

“Goes without saying, thank you to the incredible team @netflix – you not just empower dreams, you make them come true! Today’s nomination strengthens my faith in stories with heart and people who tirelessly submit themselves to a larger vision. It is truly for them! It is the innocence and honesty that transcended these boundaries and made The Elephant Whisperers travel from a small quaint town of Ooty to the biggest stage of Cinema! My dear team @sikhya – this nomination is a big reward in itself, let’s take the final leap with the same faith”

“This journey has also been about the representation and making our country proud. So here’s to India, and here’s to all of us. Thank you @academy this is just simply incredible! We have come so far @achinjain20 (The Producer). Let’s do this, See you at the Oscars! RRR and All That Breathes. OMG! This is for INDIA” read the full note.

The film has been nominated in the ‘Documentary Short Film Category. The film’s plot revolves around a family who adopts two orphan baby elephants in Tamil Nadu’s Mudumalai Tiger Reserve.

SS Rajamouli Is The Greatest Says Prabhas On RRR Nomination