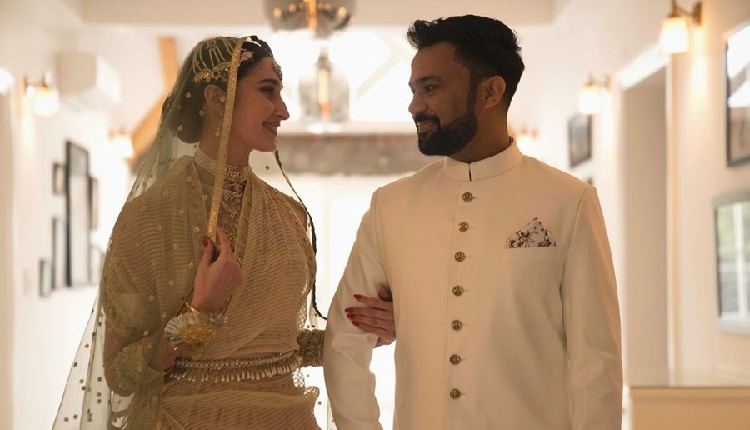 Filmmaker Ali Abbas Zafar tied the knot with his long time beau, Alicia, who has worked with him in films like ‘Tiger Zinda Hai’ and ‘Bharat’. Today, Ali shared unseen pictures of his wife on her birthday.
Ali took to his social media profile and dropped two candid stills and wrote a sweet note for her. He shared, “Happy birthday to the universe that keeps me alive”
The first picture is from their wedding where they can be seen dressed in traditional outfits. The second picture features Alicia’s monochrome shot and it is all things amazing.
In January, Ali married Alicia Iranian based French), and had shared multiple posts on Instagram. He wrote, “1400 years ago Imam Ali said to Fatimah Al- Zahra’s, all my worries and sadness disappears when I look at your face, I feel the same Alicia Zafar. Mine for life”
Meanwhile on the work front, Ali’s last directorial Tandav, a political thriller web series for Amazon Prime Video, starred Saif Ali Khan, Sunil Grover, Tigmanshu Dhulia, Dimple Kapadia, Mohammed Zeeshan Ayyub, Dino Morea and Anup Soni. The series is about the dark corners of Indian politics, where people who will go to any lengths in pursuit of power. The series was a massive hit.
It’s been reported that Ali will soon kick-start the third instalment of Tiger franchise with Salman Khan.