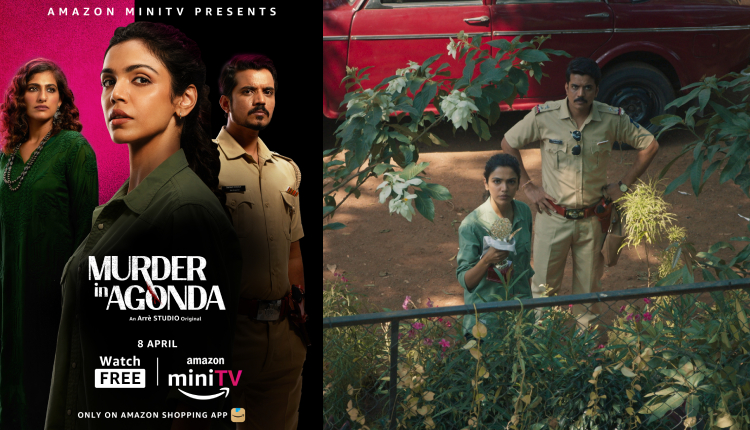 Shriya Pilgaonkar and Aasif Khan have always managed to enthral audiences with their method acting. Their latest show – ‘Murder in Agonda’ has been making headlines ever since it was announced. The first two episodes of the gripping show premiered on 8th April on Amazon miniTV stirring up intrigue amongst viewers. Fans are now eagerly waiting for the fresh episodes of the show that will drop every Friday on the streaming service. Here are 5 reasons why you tune-in and watch this jaw dropping web series right away:

A stellar cast: The crime thriller features popular actors like Shriya Pilgaonkar, Aasif Khan,
Kubbra Sait and Lillete Dubey who have always wowed audiences with their performances. Their flawless acting and combined with an intriguing storyline will take you through a rollercoaster ride and keep you hooked throughout the series.

Vikram Rai has seamlessly managed to weave a narrative that will keep audiences wondering with excitement and gasping for more. A stellar cinematography will simply elevate the on-screen binging experience of audiences with Murder in Agonda.

A crime to that will keep you hooked!

The murder mystery is so cleverly planned and the mystery that spins out of it, will keep the audience at the edge of their seats. The series is replete with shocking twists and turns to pamper the crime thriller enthusiast within everyone.

Will awaken your inner detective:

The interesting storyline revolves around a murder mystery in Goa’s most repeated family. They take you through shocking facts that will awaken the inner detective and make you want to wonder who the killer is, forcing Agonda will air from 8th April on Amazon miniTV on the Amazon shopping App. This web series is produced by Arré Studios and will release a fresh episode every Friday.

The 5 Mandatory Ice-Cream Flavours to Have Wherever You Go