‘I have woken up fresh after a creatively satisfying, exhausting, but much needed sleep’, says Parineeti Chopra 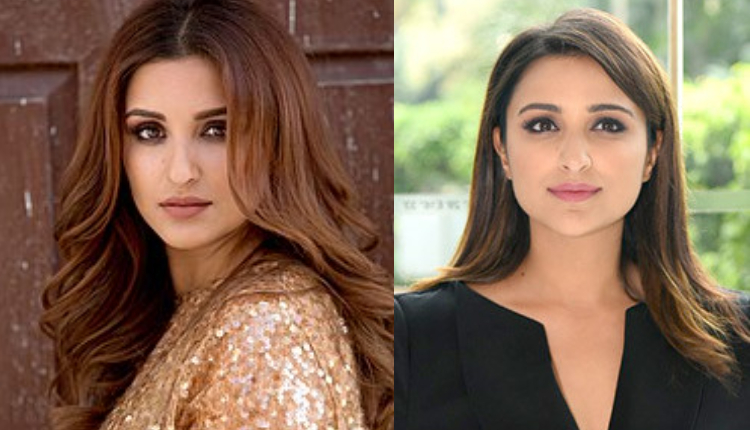 Parineeti Chopra is on cloud nine these days. She has given back to back three powerful performances and it is now, after years of her hard work, she is getting the fruits for it. The actress has written a long emotional note thanking her director Dibakar Banerjee, her cast members of the film ‘Sandeep Aur Pinky Faraar’ for making this film into the gem it is.

Sharing stills from the film, she wrote,”Sometimes a character takes you into a surreal zone, and even you don’t realise how much you are giving and doing as an actor. It’s like sleeping – you don’t have any control; you wake up, and realise you’ve been lying asleep on a bed the past 8 hours. SANDEEP was that for me. I could be in a zone for 3 months and allow the actor in me to take over. I definitely wanted people to see I am not just a “happy” girl on screen. Which was probably my fault in the first place. I guess I had done the “bubbly” girl so convincingly on screen, that people started believing I was only that girl. (Weird position to be in right?) But I was not, of course not. I was just doing my job as an actor – and my job is to do everything convincingly IS IT NOT? Anyway, I shot the film and went to “sleep”. And then I woke up. I woke up when you all watched Sandy. When I hear words like “awards”, “comeback”, it makes me emotional. Thank you Dibakar sir, for letting me go to sleep It was a creatively satisfying, exhausting, but much-needed sleep. I have woken up very fresh (haha). The audience’s love and critics reviews are the best morning tea (with extra sugar ). Thank you Arjun, Neenaji, Raghu sir for being the best partners .. and team SAPF who made this film into the gem it is. Let’s all be proud together. “

‘Sandeep aur Pinky Faraar’ revolves around the lives of two people who are completely against each other but circumstances reunite them. It focuses on their love-hate relationship. Parineeti and Arjun Kapoor play leads in the film while Neena Gupta and Raghubir Yadav play supporting roles. Film is directed by Dibakar Banerjee.

The film is currently streaming on Amazon Prime. It is getting very good response and Parineeti is being lauded for her performance. This is her third great performance in a row after ‘The Girl On The Train’ and ‘Saina’ .

Meanwhile, she will next be seen in Sandeep Reddy Vanga’s ‘Animal’ which stars Ranbir Kapoor in the lead role. It also features Anil Kapoor and Bobby Deol. The movie is being co produced by Bhushan Kumar, Pranay Reddy Vanga, Krishan Kumar and Murad Khetri under the banner of Bhadrakali Pictures Production.

The White Lotus Trailer Is Here