“I think Abhishek Bachchan is a very giving actor, he gives you your space” says Naveen Kasturia on his experience working with the Breathe: Into the Shadows co-star 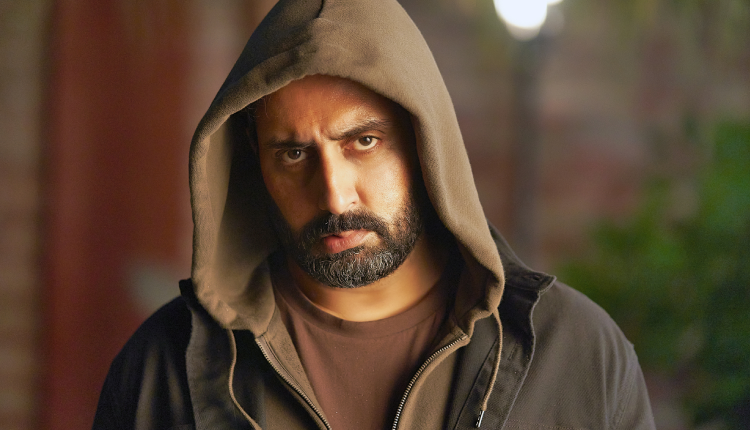 Ever since Amazon Original Breathe: Into the Shadows Season 2 was released on Prime Video, viewers cannot stop praising it. From its storyline to the performances, the series is receiving immense reverence. Amidst many conversations around the original series and characters, it is Abhishek Bachchan (J) and Naveen Kasturia’s (Victor) compatibility that has caught everyone’s attention and has fans rooting for the new duo. Naveen Kasturia the new character addition to the franchise spoke about his experience working with Abhishek Bachchan and how he went to Naveen’s mother to complain about him.

Naveen said, “Most of my scenes are with Abhishek, at least 90% of them. Initially, I was very nervous, even during the reading sessions, I asked Mayank (Sharma) about Abhishek and Amit (Sadh), as I had always seen them on screen, but this was the first time I was working with them. But as we started working together, things got better and fell into place. I think Abhishek is a very giving actor, he gives you your space, and off camera, he is very warm and friendly. From the very beginning of the shooting, he started talking to me, so we did not need an icebreaker as such. Since our offscreen camaraderie was good, it reflected on screen, and that helped me a lot. I cannot define my experience and bond with Abhishek in words, but I can only say he just made me very comfortable.”

“There was a time when Abhishek called my mom when we were shooting in Lajpat Nagar and complained that we did not invite him home for lunch. So that’s the level of comfort and fun we share.” He further added. In a bid to pull Naveen’s leg, Abhishek chimed in and said, “Tujhe bass jane ke like we should get an award” (We should be awarded to tolerate you!). The audiences revered the new character addition and how Victor adds an interesting and intriguing layer in the second season.