If I Was Rakhi Sawant, I Would Divorce Ritesh Says Urfi Javed 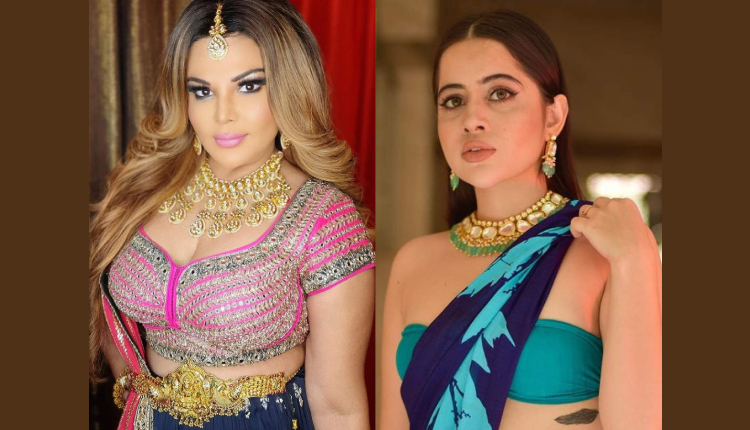 Controversial diva Rakhi Sawant walked in the Bigg Boss 15 as a wild card entry with her husband Ritesh Singh, thus starting a whole new viral debate on social media. To make things worse, outside the house, a woman named Snigdha Priya had levelled allegations of domestic violence against Ritesh and claimed that he was lying about being an NRI and still legally married to her.

Team NewsHelpline was interacting with Urfi Javed on the sidelines of International Iconic Awards 2021. When we asked her about her take on the issue, Urfi said, “Look, I am no one to talk about Rakhi and Ritesh, they are husband and wife, and that’s the bottom line. I don’t like Ritesh, I don’t like the way he behaves with her, and I don’t like him as a person, I think I would dump or divorce him if I was his wife”

Further adding, Urfi said the show is a flop and she doesn’t watch it as much, “Bigg Boss 15 is a flop season, people aren’t following it, why should I follow it. I don’t follow it, I watch some promos and Instagram post, apart from that, I don’t watch it”.

Further adding, Urfi took at dig at troller, she said, “As you can see it, I don’t do the talking about my looks, people do the talking, I just want to keep quiet, it is better for me. I just always want to dress up over the top and I always dress like that, so yeah, this is me”

Amrita Puri And Aisha Ahmed In Clean, Trailer Is Out