Ileana Dcruz Confirms Her Next With Vidya Balan, Pratik Gandhi And Sendhil Ramamurthy 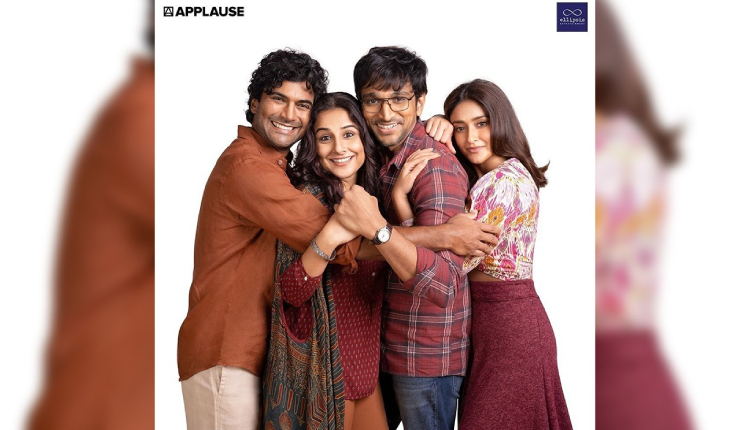 Sharing the deeds about her project, Ileana took to her social media and dropped a picture with entire ensemble, she captioned it, “Been waiting so long to announce this! So so excited about this film and to be working with these beautiful actors @balanvidya @pratikgandhiofficial @sendhil_rama”

“I’m absolutely delighted to be directed by the lovely @shirshagt who knows exactly what she wants and is extracting the best out of me. And a huge shoutout to the film’s producers @applausesocial and @ellipsisentertainment for this casting coup and for backing such a real, relatable and heart-warming subject. And a special big hug to @tanuj.garg for coming to me with this film – I’m so so glad you did! @sameern @atulkasbekar @swatisiyer @garg.prasoon @segaldeepak @piyasawhney9 @findingshanti @lordmeow @chainanisunil @devnidhib @suprotimsengupta @eishachopra @amrita.bagchi” read the full note.

The film will be helmed by AD filmmaker Shirsha Guha Thakurta, and jointly bankrolled by Applause Entertainment and Ellipsis Entertainment.

Ileana was last in The Big Bull, a biographical crime film, along with Abhishek Bachchan.
She will next be seen in Unfair & Lovely, an upcoming social comedy film directed by Balwinder Singh Janjua and produced by Sony Pictures Films India. The film also features Randeep Hooda in the lead role. The film is about to explore India’s obsession with fair skin.