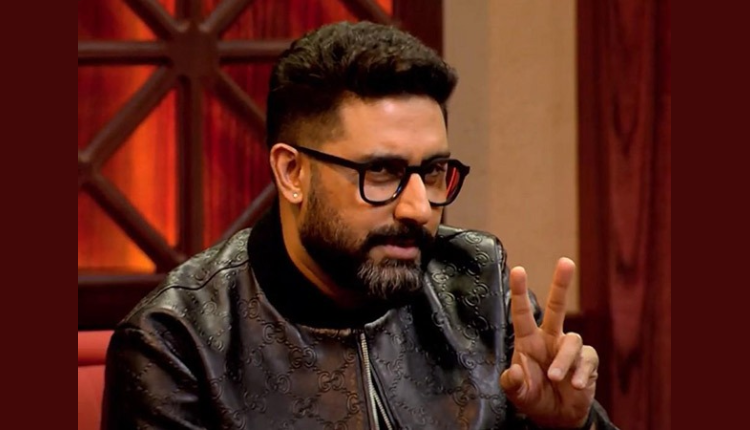 Recently, a video of Abhishek Bachchan walking out of the sets of Amazon miniTV’s Case Toh Banta Hai created a lot of intrigue amongst the audiences. In the video released by Amazon miniTV, it is seen that before the supposed joke made by Paritosh Tripathi, the superstar was seen having a good time with the hosts of the show. You can see the whole ordeal in the episode launched today on Amazon miniTV – Amazon’s free video streaming service. However, the haunting question that remains is whether Abhishek Bachchan will return to the set and continue the shoot? Or leave the hosts of Case Toh Banta Hai shocked? Find all the answers in the episode that has released today on Amazon miniTV.

Before the ruckus, Abhishek Bachchan was actually very excited to be on Case Toh Banta Hai. He said, “Comedy as a genre really tests the capability of an actor. I personally feel it’s a difficult genre. I enjoy being part of comedy shows/films and I’m glad that I got to be a part of Case Toh Banta Hai. What makes it super-special is that Riteish and I get to share the screen once again after so long. Working with him has always been delightful. I am thankful to the entire team of the show for making my shooting experience super fun and memorable”

Case Toh Banta Hai is a one-of-a-kind weekly comedy show starring Riteish Deshmukh as a defense lawyer and Varun Sharma as a public prosecutor. Social media sensation Kusha Kapila dons the judge’s robes to decide the fate of some of the biggest Bollywood celebrities, while comedians Paritosh Tripathi,

Gopal Dutt, Sanket Bhosale, and Sugandha Mishra, among others, amp up the entertainment quotient

with their unique comedy. Catch all the fun in the episode streaming for free this Friday, October 7,

only on Amazon miniTV within the Amazon shopping app and on Fire TV.