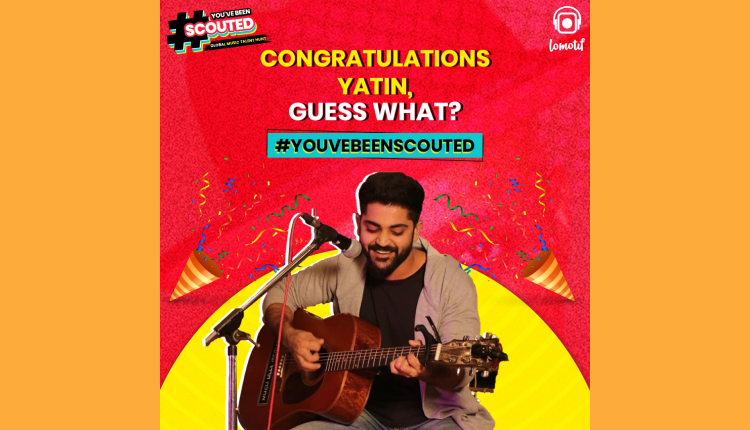 Once again an Indian has made his country proud. Yatin Kumar from Haryana has won hearts and votes to secure the first position in Lomotif’s popular worldwide talent hunt ‘You’ve Been Scouted’. While he has been one of the favourites from day one, Yatin’s capabilities and hard work got him to where he is today. Along with him, the other two contestants vying for the trophy were Aaditya Chaudhari from India and Ukraine’s Marina Tsyura. As promised, Yatin Kumar was awarded a whopping $250,000 record deal, which includes a song produced by Teddy Riley, a Grammy® Award-winning music producer, singer, lyricist and multi-instrumentalist, who has worked with iconic artists such as Michael Jackson, Lady Gaga, Pharrell, and BTS.

Fighting head-to-head with talents across the globe, Yatin proved his worth and what sets him apart. This gifted young Indian beat participants from over 30 different nations including Russia, Nigeria, Australia, Canada, France, the United States, and the United Kingdom. Participants were evaluated on the basis of their vocal technique, expression, and overall performance quality. And, Yatin aced in every field. His creativity, uniqueness and presentation took him to the winning line.

Yatin Kumar, now a worldwide title holder of You’ve Been Scouted, sounds both emotional and happy sharing his experience, “It’s like a dream come true situation… I am falling short of words to express how I am feeling right now. Several years of hard work and failures have finally got me here. This win is going to take me to newer heights in my career. From the bottom of my heart, I would like to thank Lomotif for giving me this platform, allowing me to showcase what I have to offer and also for believing in my capability. I’d never imagined that I would come this far. Then there’s the trophy, cash prize and of course a song with Teddy Riley! Sometimes I have to pinch myself to believe all this is true.”

Talking about the contest finally coming to an end, Paul Yang, Co-Founder & Chief Executive, Lomotif, added, “You’ve Been Scouted witnessed success and much love from the Lomotif family worldwide. The nail-biting finale ended on a fantastic note. It’s not a surprise that we have a winner from India. The response that we received from the country has always been phenomenal. Every time we have a campaign or initiative or contest in place, our Indian family has extended their support. Lomotif, as I always say, is more than just a video creation and sharing platform, and these campaigns or initiatives or contests are our way of giving back to society.”

Grammy® Award-winning music producer, singer, lyricist and multi-instrumentalist Teddy Riley expresses excitement about his future collaboration with the winner and also opens up about partnering with Lomotif. “What drew me to ‘You’ve Been Scouted’ from day one is the fact that it is a thriving platform for budding artists all over the world. There are talents out there who are just waiting to be scouted and once they get the support they can literally move the world. I congratulate Yatin for winning, for he has once again proved that there is no dearth of talent in India. I am incredibly excited to collaborate with him and create a new sound that will move the world.”