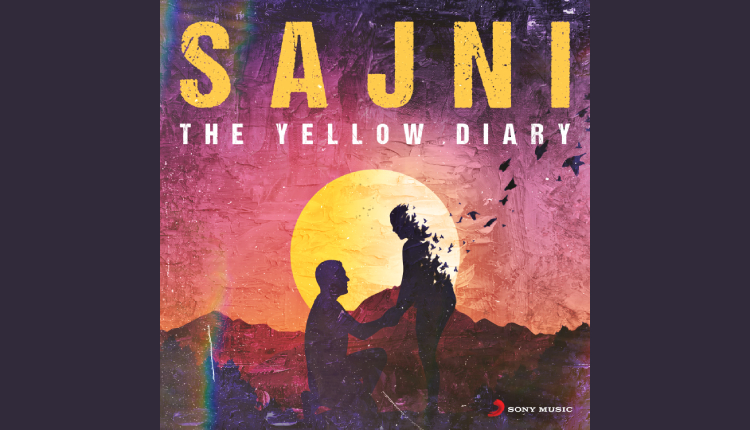 Building a loyal fan base across the country, with hits like Roz Roz, Rab Raakha and Marz, the alt-rock powerhouse band, “The Yellow Diary”, is back to winning millions of hearts yet again with a power-packed track ‘Sajni’. The track has been created by Rajan Batra (lead vocals, lyrics), Himonshu Parikh (keys, production), Stuart DaCosta (bass), Sahil Shah (drums) and Vaibhav Pani (Guitar). ‘Sajni’, is a beautiful track encompassing a tale of love, heartbreak, and self-healing. High on emotion and melody, the soulful track is another stellar example of the band’s poetic songwriting and layered production.

In addition to the peaceful music and alluring lyrics, the music video, conceptualized and produced by Schbang and starring critically-acclaimed actor Saurabh Goyal and Anna Kler, can be aptly described as a tale of love that is immortal, even when lovers are not.

Team The Yellow Diary says, “Sajni is based on a love that supersedes any other feeling, including separation. The kind of love that allows you to let go of someone you love if that’s what serves their happiness. One that lets you love them, no matter where they are. This is a really personal song for us. And we’re happier than ever to have it out, for all our listeners to make it their own. Heartfelt gratitude to Sony Music for this association, as it provides a platform to several artists to showcase their talent.”

Sajni becomes the latest addition to The Yellow Diary’s repertoire of songs that continues to delight their fans and avid music lovers across the globe. It hopes to receive the love and adulation of Roz Roz, the 2021 track sung by the band’s lead vocalist Rajan Batra and Shilpa Rao. The band also caught the attention of fans as well as acclaimed musicians like Vishal Dadlani, Papon, Warren Mendonsa, Raghu Dixit among others. It also received immense critical acclaim and reigned supreme as #1 in the Best of 2021 Music by India Film Project, Top 10 Indie Songs of 2021 by Outlook and ranked #5 on Best Indie Songs of 2021 by Spotify. A powerhouse of talent making waves in the music industry, The Yellow Diary added another feather to their cap as they were recognized as the Band of the Month (April 2021) by High Score Magazine.

Catch Sajni here: https://SMI.lnk.to/Sajni and watch out for the rest of the album on Sony Music India’s YouTube Channel.