“It will make viewers feel like they’re on the screen with us,” actress Markella Kavenagh on the cinematic aesthetics of The Lord of the Rings: The Rings of Power 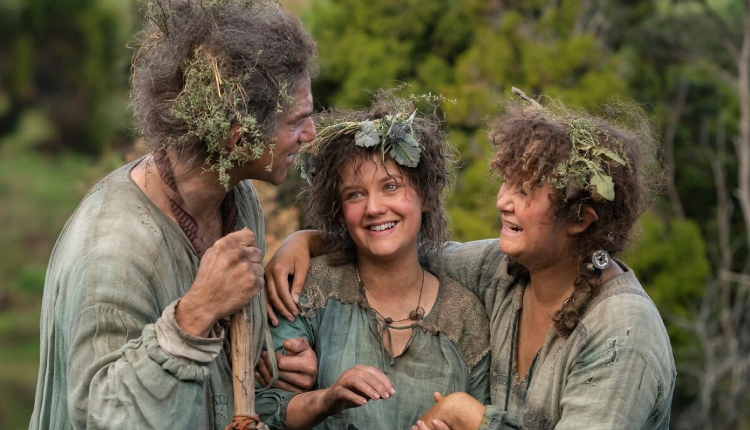 Actress Markella Kavenagh who plays Elanor ‘Nori’ Brandyfoot in The Lord of the Rings: The Rings of Power opened up on being a part of the Amazon Original series releasing on September 2 onwards

Prime Video’s highly-anticipated epic fantasy series, The Lord of the Rings: The Rings of Power is all set to make its way this week. As fans across the globe eagerly await the release, actress Markella Kavenagh who plays Elanor ‘Nori’ Brandyfoot, a Harfoot, who’s steering into an adventurous journey in Middle-earth Second Age. Prime Video for the first time brings the Harfoots to life, and Markella Kavenagh revealed how it was a mix of challenges and learnings to be a part of the series.

“There are a lot of worlds and dynamic characters that will hopefully make for a really immersive and engaging cinematic experience. Scope-wise, it will hopefully feel like you’re watching something very cinematic and something that will feel like it should be either watched on a projector or a wall or a bigger screen if you’re able to. It is just something that feels like you’re actually on the screen with us, that is what is manifested on screen,” shared Markella.

Offering a fanatical experience to viewers is not an easy task, hence the actors went to Scale Academy to prepare for the filming, where they took a multi-hour course on the tips and tricks of movie magic. Revealing details about the same, Markella said, “I think actually realizing how we have scale doubles is quite surprising. We went through a scale academy where we were taught about the technicalities of scale work, and it is a major part of the story we tell. Sometimes you know even though it looks like we’re acting with each other, we may not be, it may be scale double or it might be them on a ledge, and that’s quite surprising. We hope that the illusion will be fantastic,”

Set thousands of years ahead of J.R.R Tolkein’s The Lord of the Rings and The Hobbit, the series revolves around significant events in Middle-earth Second Age. Created by J.D Payne, it features a sprawling ensemble cast including Morfydd Clark as Galadriel, Benjamin Walker as Gil-Galad, Cynthia Addai-Robinson as Míriel, Robert Aramayo as Elrond, Owain Arthur as Durin IV, Nazanin Boniadi as Bronwyn, Charles Edwards as Celebrimbor, Sophia Nomvete as Princess Disa, and Charlie Vickers as Halbrand, among several others.

Prime Video will premiere 2 episodes on September 2, 2022, while fresh episodes will release weekly in Hindi, Tamil, Telugu, Malayalam, Kannada and English, along with multiple international languages which will conclude on October 14.

Section 8 Trailer Is Out, Starring Dolph Lundgren And Micky Rourke