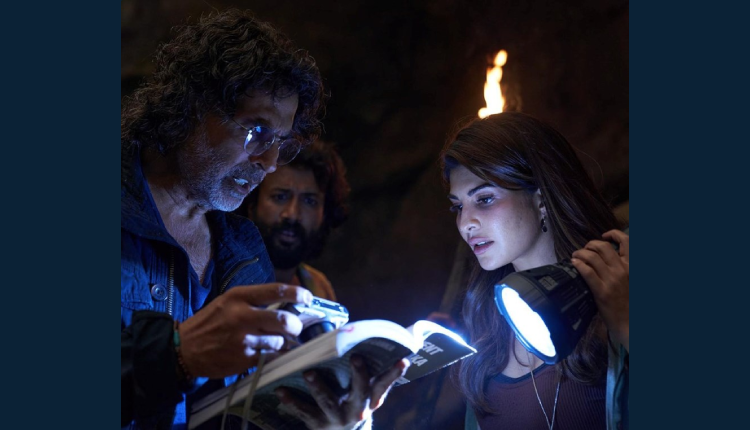 Actress Jacqueline Fernandez just took to her social media profile and treated her fans with a brand new poster from the film and shared a little sneak-peek into her character.

Helmed by Abhishek Sharma, the film follows an archaeologist who is investigating the nature of Ram Setu, known in English as Adam’s Bridge, and actress Jaqueline will be seen playing the role of Dr Sandra Rebello, who will help Dr Aryan Kulshrestha (Akshay) on the most daring mission.

The film also stars Akshay Kumar, Nushrratt Bharuccha and Satya Dev in the lead roles. The story revolves around an atheist archaeologist turned believer who must race against time to prove the true existence of the legendary Ram Setu before evil forces threaten to destroy the pillar of India’s heritage.

The film is scheduled for a theatrical release on 25 October 2022 during Diwali festivities.

Meanwhile on the work front, Jacqueline Fernandez is shooting for Cirkus, helmed by Rohit Shetty.