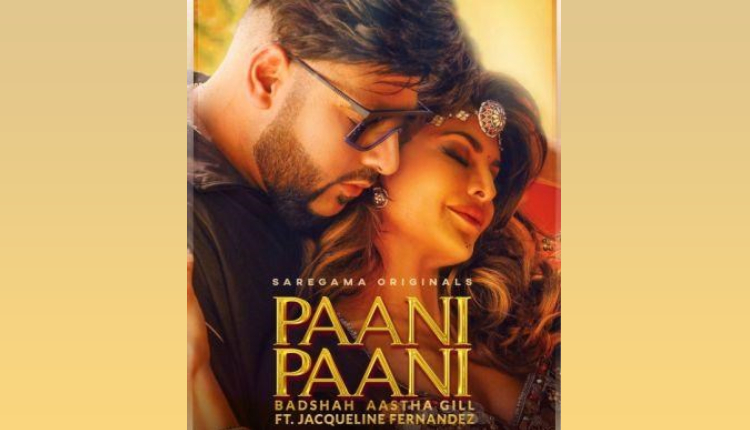 After collaborating on a massive hit, Genda Phool, actress Jacqueline Fernandez and rapper Badshah are back with Paani Paani, the song is out now and climbing the charts quickly.
The music video is shot in Rajasthan; the song is set against the striking sand dunes. Jacqueline looks stunning from the very first frame, as do the beautiful locales. The foot-tapping runner is sure shot winner.
Diva Jacqueline Fernandez dropped the song on her social media profile. She captioned it, “OUT NOW!!!! #PAANIPAANI @badboyshah @aasthagill @saregama_official @shaanmu @leepakshiellawadi @shaziasamji @piyush_bhagat @b2getherpros @adityadevmusic”
The duet song is crooned by Badshah and Aastha Gill, starring Jacqueline Fernandez. Badshah refreshes the soundscape with the romance of the strings of the Rajasthani Rawanhatta and the Kalbeliya Folk Dance. The power Duo Badshah and Aastha Gill are back with the gorgeous Jacqueline Fernandez, all set to set this summer on fire.  The song is streaming on Saregama Music’s YouTube channel.
On the film front, Jacqueline Fernandez will soon be seen in Attack, Bhoot Police, Cirkus, Bachchan Pandey and Ram Setu.
Bhoot Police is directed by Pavan Kirpalani and produced by Ramesh Taurani and Akshai Puri. The film also stars Saif Ali Khan, Arjun Kapoor, Yami Gautam and Javed Jaffrey in the lead roles.

Ron’s Gone Wrong Trailer Is Out