Janhvi Kapoor Is Back To Mr And Mrs Mahi Grind 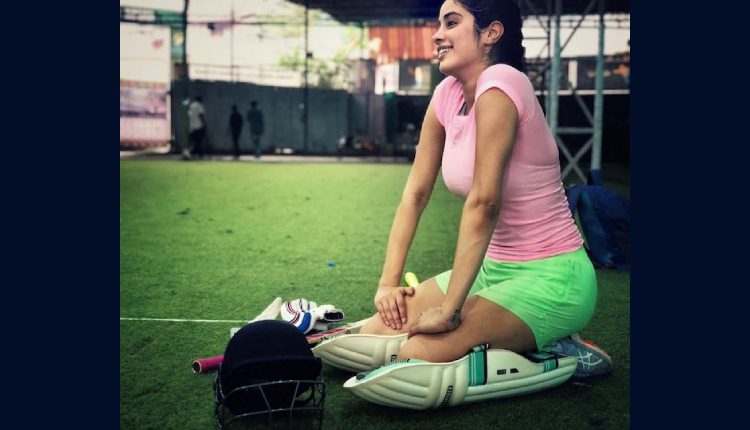 With Good Luck Jerry making successful OTT release and Bawaal being wrapped, actress Janhvi Kapoor kick-starts the prep for her next outing, Mr And Mrs Mahi.

Actor Janhvi Kapoor has started training sessions for her next film ‘Mr and Mrs Mahi’. Taking to her social media handle, she shared a glimpse of her training session where she can be seen donning a pink t-shirt and green shorts with knee guards. The snap also features head gear and a cricket bat.

The caption read, “Back to the grind #Mr&MrsMahi”

Mr and Mrs Mahi’ also stars Rajkummar Rao in a key role. The film is set against the backdrop of cricket. Directed by Sharan Sharma, it is backed by Karan Johar.

Meanwhile, on the work front, Janhvi also has ‘Bawaal’ with Varun Dhawan. She recently wrapped up the shoot of the Nitesh Tiwari directorial in Poland.

Janhvi Kapoor is has wrapped Mili, which is a survival thriller film directed by Mathukutty Xavier, being a remake of his own Malayalam film Helen (2019), from a screenplay by Ritesh Shah.

Produced by Boney Kapoor, the film stars Janhvi Kapoor as a woman stuck in a freezer fighting to stay alive, alongside Manoj Pahwa and Sunny Kaushal.

John Abraham Ventures Into Malayalam Cinema With Mike, Trailer Is Out