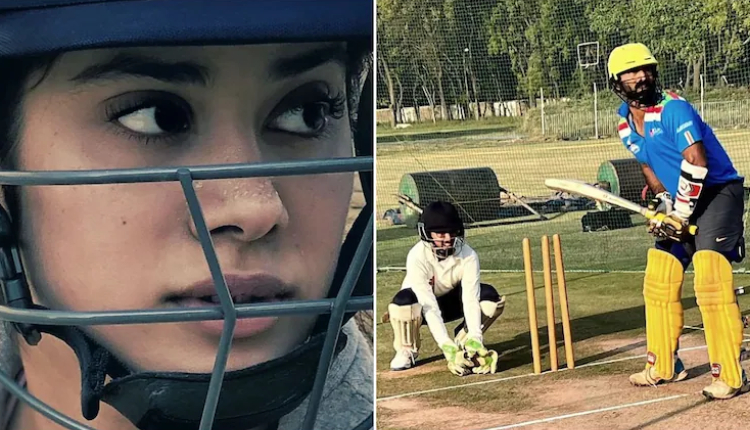 Actress Janhvi Kapoor kick-starts the prep for forthcoming Mr And Mrs Mahi, the pictures from her training session with cricketer Dinesh Karthik and wicket-keeper Sharan Sharma are taking the internet by storm.

The official handle of Dharma Productions shared the pictures on social media. They said, “Knocking it out of the park with her training sessions for #MrAndMrsMahi! @janhvikapoor #DharmaProductions #DharmaMovies #Dharma #Films #BollywoodMovies #Movies #InstaGood #InstaDaily #Pictures #Emotions #JanhviKapoor”

The photographs give us a glimpse of Janhvi’s look from her upcoming film. Mr and Mrs Mahi will feature Janhvi Kapoor and Rajkummar Rao.

Mr and Mrs Mahi is backed by Karan Johar’s Dharma Productions and slated for theatrical release in October 2022. This film will mark her second debut opposite Rajkummar Rao in Roohi.

She is also collaborating with director Mathukutty Xavier for Mili, which is a survival thriller film produced by Boney Kapoor. She will also be seen in Dostana 2, which was meant to star Kartik Aaryan earlier. The film’s revised cast has not been announced as of now.

The Obamas hold Our Belief in “Love Forever”: The Aphrodite Series