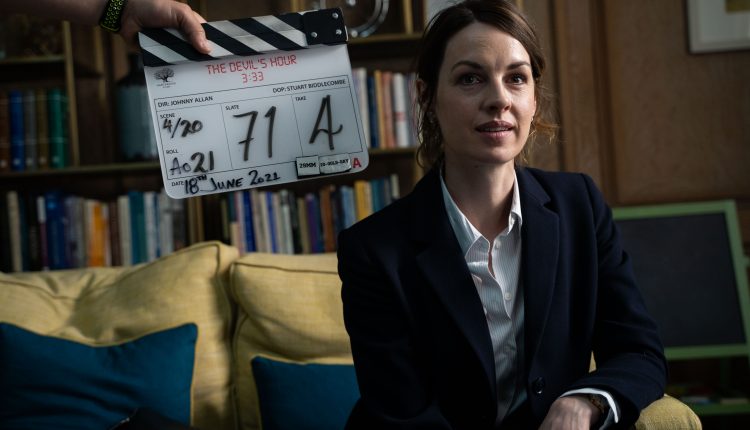 The Devil’s Hour is produced by Hartswood Films, written by Tom Moran and Executive produced by Sue Vertue, Steven Moffat and Tom Moran

Filming for the new series commences this month in London and Farnborough, UK

Have you ever woken in the middle of the night and felt like something wasn’t quite right? You may have woken during the “Devil’s Hour” – the hour between 3am and 4am, or 3.33am specifically, regarded as a time when unexplainable things can occur.

The Devil’s Hour follows the story of Lucy, played by Raine, who is woken every night by terrifying visions at exactly 3.33am: the devil’s hour. Her eight-year-old son is withdrawn and emotionless. Her mother speaks to empty chairs. Her house is haunted by the echoes of a life that isn’t her own. When Lucy’s name is inexplicably connected to a string of brutal murders in the area, the answers that have evaded her all these years will finally come into focus.

Capaldi plays a reclusive nomad, driven by a murderous obsession. He becomes the prime target of a police manhunt led by compassionate detective Ravi Dhillon, played by Patel.

The six-part series will be produced by Hartswood Films (Dracula, Sherlock). The executive producers are Sue Vertue, Steven Moffat and Tom Moran. The series will be produced by Ken Horn (Line of Duty) and directed by Johnny Allan (The Irregulars) and Isabelle Sieb (Vigil). All six episodes are written and created by Tom Moran and will launch exclusively on Prime Video in over 240 countries and territories.

Prime Video is a premium streaming service that offers Prime members a collection of award winning Amazon Original series, thousands of movies, and TV shows—all with the ease of finding what they love to watch in one place.  Find out more at PrimeVideo.com.