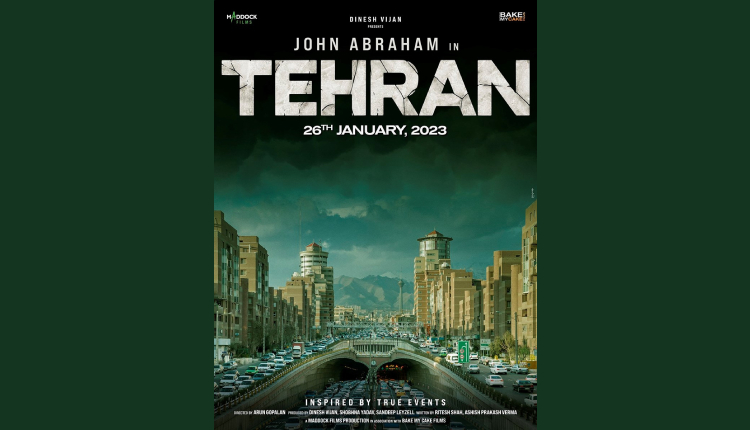 John Abraham will be collaborating with Dinesh Vijan for his next title Tehran, the first look poster and release date of the action thriller are out.

Action star John Abraham took to his social media and confirmed the film. He shared, “Get set for an action-packed Republic Day 2023. Thrilled to announce my next, #Tehran! Directed by #ArunGopalan, produced by #DineshVijan, @shobhnayadav, @sandeep_leyzell. Written by @writish1 & @ashmakerz @maddockfilms @bakemycakefilms”

Actor John Abraham will essay the lead role in action-thriller, which is helmed by Arun Gopalan. The film is bankrolled by Dinesh Vijan, Shobhna Yadav and Sandeep Leyzell.

The makers have confirmed 26th Jan 2023 as the release date of the film. The film is inspired by true events and it is co-written by Ritesh Shah and Ashish Prakash Verma. The female lead of the film is still not announced.

Based on the hostage crisis, the storyline is inspired by true events and John Abraham will take on the role of being India’s first super-soldier. The film is scheduled to be released on 1 April 2022.

Randeep Hooda Confirms His Next CAT With Netflix

Abhiram Daggubati To Make His Debut With Ahimsa